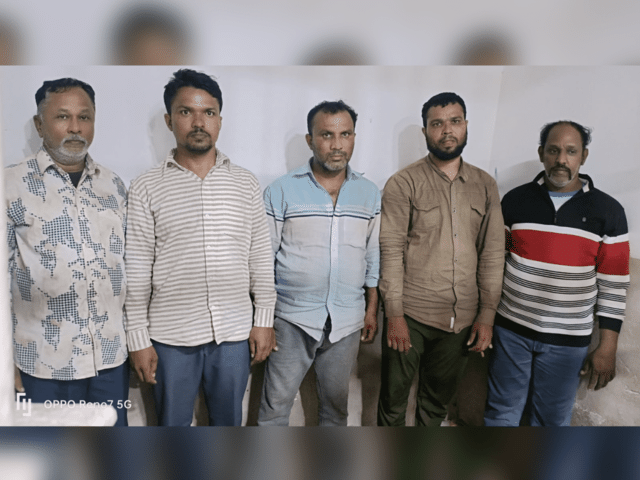 The following day, Reddy lodged a complaint. With the help of CCTV cameras, police successfully found the four-wheeler used to transport the cows. The investigating police team tracked the driver of the vehicle which took them to Shareef Nagar, Balapur.

The five accused were staying in a residence there for the last 15 days.

On Wednesday evening, the police team surrounded the residence and arrested all five accused.

Interrogation further revealed that the five steal cattle, and take them to a slaughterhouse situated at Imran Nagar, Banjara Hills. They would then sell the meat obtained from the slaughterhouse at a high price.

According to old police records, Mohd. Ayub is a cattle thief offender who is involved in 130 different cases in the past.

A case has been registered.