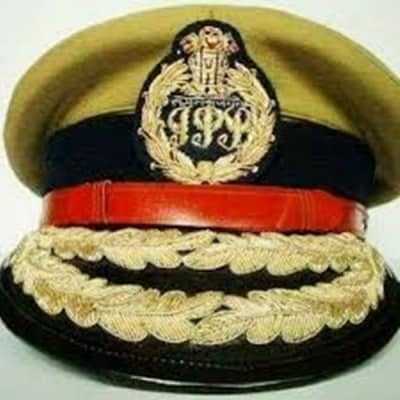 Hyderabad: The Panjagutta police have registered a case against Mohsin Khan, the son of a former IPS officer in connection with the forgery and cheating in the name of mining business.

In February, 2022 Mohammed Abdul Wahab, a resident of Tolichowki, Yousuf Tekdi had approached Metropolitan Criminal courts and filed a complaint against Mohsin Khan, the Managing director of a mining company. He alleged that in the year 2016 Mohsin Khan approached him and informed that he got registered a company in the name and style of Ms. Sunlit Mines Pvt Ltd at Banjara Hills Rd No 1, Hyderabad and he is the Managing Director and he will be carrying out mining activity. 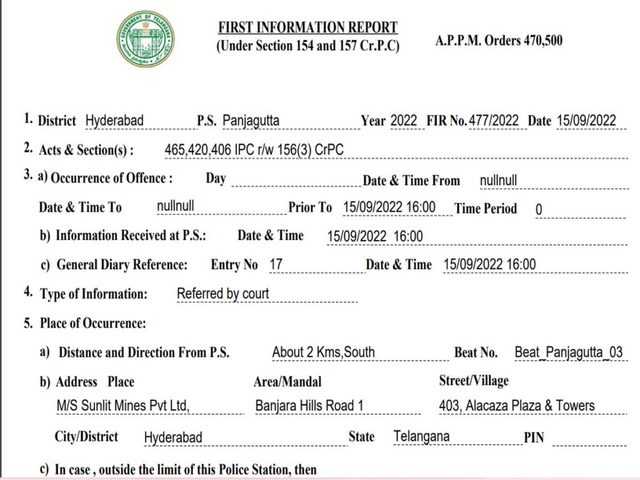 He further informed that one Tapaswi Infra Pvt Ltd, has obtained permission over an extent of Acre 46 in Ramanujavaram Village of Khammam District for de-casting of sand and the Tapaswi Infra have sold 25% stake in the above said site in favour of his company and he anticipated very huge profit in the de-casting of sand business and he showed the complainant certain forged documents alleged to be the agreement with Tapaswi Company.

Khan further informed him that he will get an overall profit of Rs.6,50,00,000/- and out of profit he promised him 50% share and in lieu of his investment of Rs.90,00,000/- for setting up infrastructure for carrying out the de-casting of sand mining operations. Although victim was hesitant to make such a huge investment in the mining company, then Mohsin Khan allegedly took him to the house of his father-in-law a politician.

Mohammed Abdul Wahab had paid Ninty lakh rupees to Mohsin Khan in the year 2016, through bank and by way of cash. After taking the amounts from him. Khan did not pay the profits for three years to him then he expressed the dissatisfaction over the conduct and demanded him to settle the accounts and when Mohsin Khan refused to return the amounts, he warned of initiating civil and criminal proceedings against

On the directions of 14th Additional Chief Metropolitan Magistrate, the Panjagutta police registered case in Cr.No. 477 under IPC sections 465 (Forgery), 420 (Cheating) and 406 (Criminal breach of trust) and Sub-Inspector M. Arun Kumar had taken up investigation.