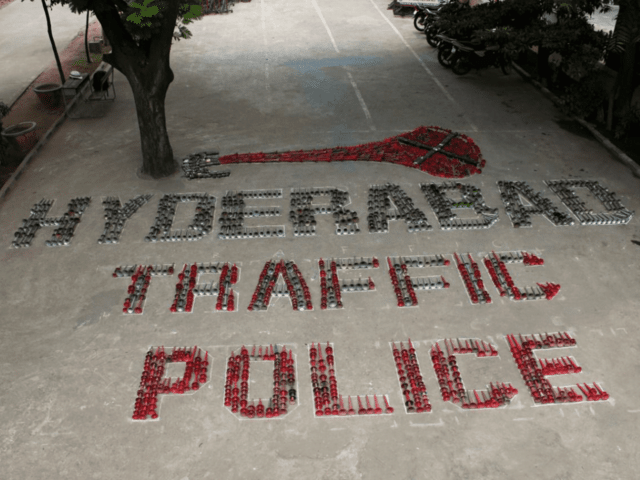 Hyderabad: A traffic police officer stationed at NFCL Junction, Panjagutta was assaulted by an individual on Sunday morning.

According to a complaint filed by traffic police officer S Shaikshavali, he saw a two-wheeler (TS09FV7108) being driven without a helmet. The pillion driver was also not wearing a helmet.

“As I tried to capture their photo in my camera, the pillow driver suddenly held my hand and twisted it. He then abused me and threatened me with dire consequences,” the complaint said.

Keep BJP out of power to safeguard Constitution: Sitaram Yechury

The officer then mentions that he had seen the pillion rider and remembered him as rowdy sheeter Tannu alias Tanveer.

“On July 13, I was performing my duties at Chandana Brothers U Turn, Ameerpet, when the same person (Tannu) threatened me. I request you to take the necessary action as per law,” the complaint said.

A case has been registered and further investigations are on.