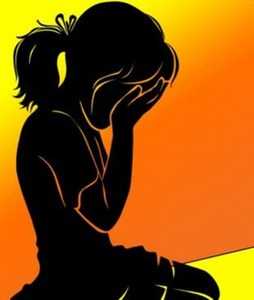 Hyderabad: A case has been registered against Vijay Simha, the personal assistant of Jubilee Hills Telangana Rashtra Samithi (TRS) MLA Maganti Gopinath. The accused reportedly sexually harassed a woman, trespassed into her house, threatened her and finally attacked the victim with a piece of glass at her house at BS Maqta in Begumpet on Sunday midnight.

The woman (29), who is a contractor, alleged that on Sunday around 10.40 p.m, she went to Club8 at Begumpet. While returning home, she waited outside of the club and her family friend Alam came on his scooter and dropped her home at 12.15 a.m.

“On reaching home, the accused Vijay Simha, who is a Facebook friend of hers, called her on whatsapp video call and got nude and asked her to get nude but she denied his request and cut the call then blocked his phone number. After some time he went directly to her house and entered the house as it was unlocked. He threw the Beer bottle at a side which he got along with and beat her on the back with fist by catching hold of her hair,” the woman stated in complaint, according to the police.

She further mentioned that, “Vijay Simha also mentioned that he has a political background and can do anything he wants. He took some pieces of beer bottle which were scattered around and rubbed on her neck and left hand wrist. Immediately she started shouting because he ran away from there.”

After the incident, the lady then informed her family and later the cops about the attack and told them everything. The police after taking complaint from the lady booked a case under 448,354A, 324 and 506 Sections of IPC.