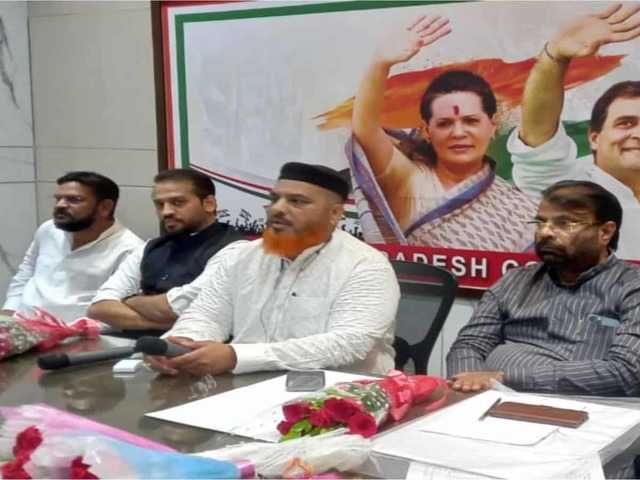 The Bharat Jodo Yatra led by Rahul Gandhi, is scheduled to enter Telangana on October 24.

“While we are making arrangements to ensure huge participation of minorities on the entire route from Makhtal to Jogipet on all 14 days, we are also planning to organise a few stand-alone events during the ‘Bharat Jodo Yatra’. All District units of Congress Minorities Dept have been asked to mobilise crowds at locations closer to the ‘Bharat Jodo Yatra’ route from their districts,” Sohail said.

Speaking of the events during Bharat Jodo Yatra in Telagana, Sohail said “TPCC Minorities Department is planning to organise Rahul Gandhi’s interaction with intellectuals, academicians and heads of religious and social organisations during the ‘Bharat Jodo Yatra’.”

“However, the final decision would be taken by TPCC President A Revanth Reddy. He said a detailed proposal in this regard would be submitted to the TPCC chief soon,” Sohail added.

The TPCC minority department chairman then attacked the Telangana Rashtra Samithi (TRS) for failing to provide 12 percent reservation to Muslims. He further blamed the ruling party for strengthening communal forces in Telangana.