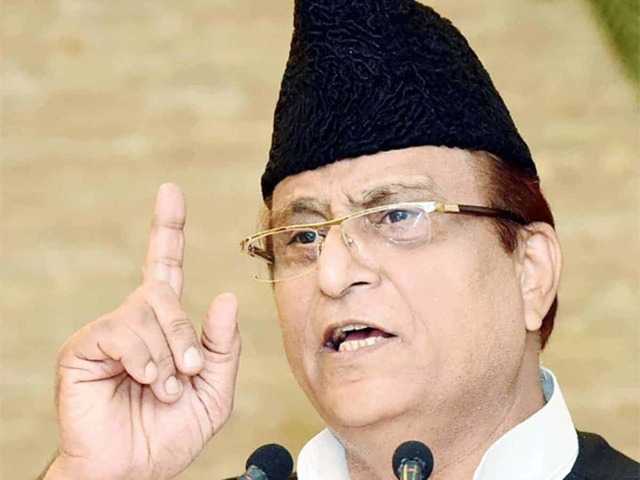 Better to observe and fight this battle: Azam Khan

Rampur: Samajwadi Party (SP) leader Mohd Azam Kahan has said that it is better to observe what is happening and put up the best fight possible under the circumstances.

In an informal talk with reporters, he said: “What is the use of commenting on injustice meted out by those in office. We should, in fact, set an example for future generations by displaying unity and power of democracy in this by-election.”

Azam Khan urged party members and workers to display unity, and work for the victory of SP candidate Asim Raja in the December 5 by-election.

He suffered a major jolt when his close aide Fasahat Ali Khan, recently joined BJP along with over 250 workers.

“The Samajwadi Party has never differentiated between people on the basis of their caste or religion. I want to say that elections come and go but such grave injustice is being played out in the polls in Rampur this time that future generations will shed tears of blood.

“They will be surprised with the capability of the public in enduring atrocities and the cruelty of the people who are crossing every level to serve injustice,” he added.

Azam Khan’s membership of the Uttar Pradesh Assembly was annulled following his conviction in a hate speech case registered in 2019 during Lok Sabha elections.

He represented the Rampur Sadar seat until his disqualification on October 8.

In the by election, the BJP has fielded Akash Saxena, who had lost to Azam Khan by a margin of over 50,000 voters in the Assembly polls earlier this year.

Chief Minister Yogi Adityanath is expected to hold a public rally on December 2 in favour of Akash Saxena.