The Authors of Pain seem to have found a problem with Kevin Owens since their return to the Red brand last week. They attacked Kevin Owens but spared Seth Rollins during the main event of RAW last week which allowed Rollins to further damaged Owens by delivering a Curb Stomp to him.

This week, Owens did not hold back and taunted Rollins, going as far as to call him a liar and questioned whether The Authors of Pain are the two closest members of his family.

Later on, as Owens took on Bobby Lashley in a one-on-one match before the AOP appeared once again to brutalise the former Universal Champion and dragged him back to the locker room with them.

Thankfully for the fans, the good news is that Owens managed to escape from there. However, that does not mean that Owens is safe from the villainous duo, and the second attack confirms that they are targetting The Prizefighter.

In this article, we will look at the 5=five reasons why the Authors of Pain attacked KO for the second time on RAW.

#5 To get on top instantly Authors of Pain don't just want to wait for an opportunity

Authors of Pain were RAW’s premiere Tag Team after The Shield split and were ripping through the RAW division before Akam’s knee surgery. Upon their return, they squashed former RAW Tag Team Champions Curt Hawkins & Zack Ryder, but that wasn’t a convincing enough return for the mammoth duo. The same night, they attacked Kevin Owens to make a statement that allowed them to make headlines on a show that was dominated by Seth Rollins and Kevin Owens.

This week, another attack on Kevin Owens during his match with Bobby Lashley cemented them on top of RAW without doing too much, and even though the two men were not part of any matches this week, they managed to make headlines yet again.

AOP did not worry about Lashley’s presence and were brave enough to once again attack Owens during his match once again to make a loud and clear segment which now makes them a team to look out for.

#4 To get Kevin Owens to put them over 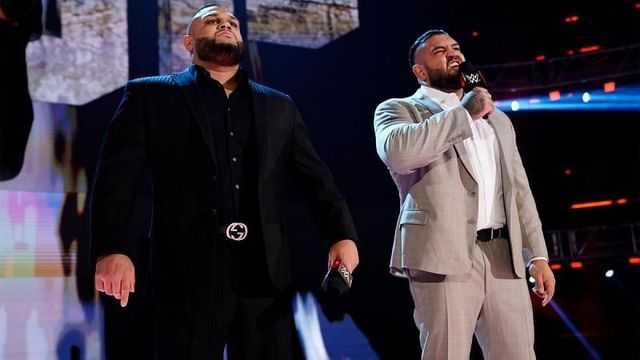 Kevin Owens is a world-class athlete who is as good on the mic as he is inside the ring. Akam and Rezar, however, are not very good on the mic which has prompted them to look for managers in the past.

Now that the duo is back in action without a manager, the company requires someone or the other to put them over big time without the two men needing to work much on the mic.

This could be the reason why Authors of Pain attacked KO once again, and he can now turn the focus of his promos on them rather than on Seth Rollins.

KO speaking about AOP next week and in the weeks to come will automatically fetch much more focus and spotlight on the heelish duo who will receive a lot of heat from the WWE Universe.

Since KO is a former Universal Champion, attacking him will help the heels get over big time with the crowd and help them rebuild their reputation without getting into a feud with one of the top teams on RAW.

With Owens’ mic-skills at work, we could watch AOP get popular without needing to prove much inside the ring again.

#3 To allow Kevin Owens to form a Tag Team/faction 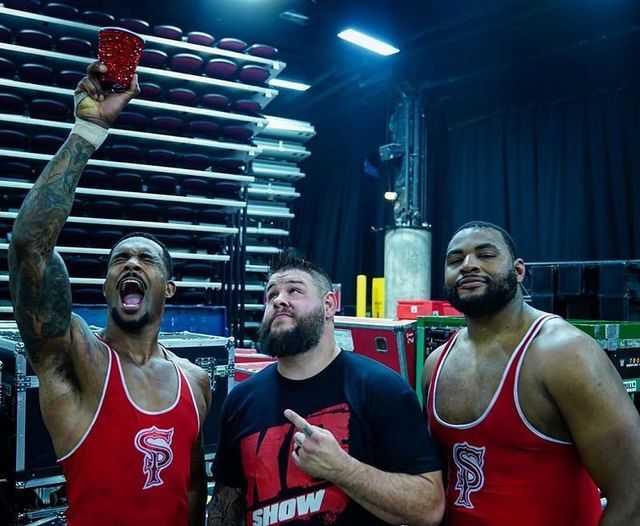 Will Owens turn to some friends backstage?

Kevin Owens is a lone ranger on RAW right now and has been doing significantly well in getting over after moving to the brand during the recent WWE Draft.

With that being said, Owens hasn’t really entered a big rivalry yet. However, we have seen him rub shoulders with AJ Styles, make a shocking appearance on NXT to take down the Undisputed Era, and now get into a mic-feud with Seth Rollins.

However, his biggest rivalry has knocked on his door itself, as AOP seems to be looking to make a statement to the entire locker room by targeting the Prizefighter.

We’ve seen Owens form great partnerships with Sami Zayn and Chris Jericho in the past, and he could do something similar to take on the Authors of Pain.

We could watch KO team up with The Street Profits, or some newer younger talent like Ricochet or Humberto Carrillo to fight against the AOP while putting the newer talent over in the process.

This could help both sides as AOP’s attacks on KO seem to be a cry for attention and Owens will be looking to answer it soon.

#2 To stay away from the RAW Tag Team Championship scene 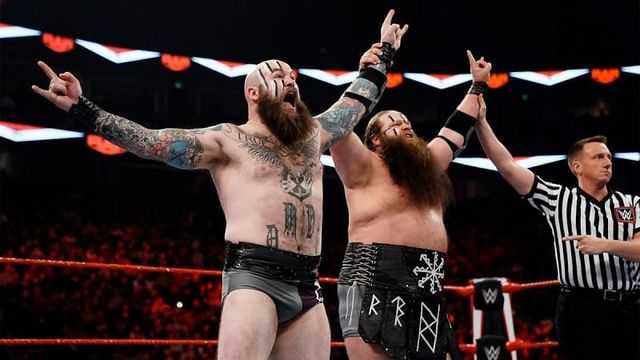 One of the major dilemmas on RAW has been its Tag Team division and the Tag Team Championships. At the moment, RAW has one of the best Tag Team Champions in the form of The Viking Raiders, but the duo seems to be attracted to local competitors more than formidable tag teams.

In recent months, we have watched the duo squash many local tag teams who haven’t been able to put up any resistance. Keeping that in mind, there is no doubt that AOP is the biggest threat to The Viking Raiders, and matches between them on the main roster will be a treat to watch.

Even though we can’t wait for the two teams to lock horns, it’s better if RAW waits a while and doesn’t rush into this rivalry. To keep them engaged and build them as bigger heels while letting The Viking Raiders continue their reign, it makes sense that the company is allowing them to go after Kevin Owens.

Owens also needs much more sympathy from the crowd and a lot more backing as he seems to be transforming into the face of RAW while Rollins is drifting further away from it.

Allowing AOP to indulge in a feud with KO will help WWE protect a rivalry between Viking Raiders and AOP until Royal Rumble while building both AOP and KO in the process.

#1 To make Seth Rollins their leader Will the three men form the 'Architects of Pain'?

This could be one of the biggest reasons why the Authors of Pain seem to be obsessed with Kevin Owens at the moment. Last week, they attacked Owens when he was battling Seth Rollins and ended the match in the process.

This week, they challenged Owens and Rollins to a match, but Rollins bailed out of the challenge which is very unlike him. It seems as though he will be turning heel soon, and since he’s in a feud with KO at the moment, he could take charge of the Authors of Pain and lead to against Owens.

A faction with Rollins and AOP will do a world of good to the Red brand and both Akam and Rezar as they need a leader or manager to speak on behalf of them and get them to stay on top.

With The OC being the only male faction on RAW, we need to see another team stand up and pose as a threat to the babyfaces of the brand. These three men can do that job perfectly, and we could watch them become Champions in the process while doing the same job that The OC is doing of putting newer talent over in the process.