Dortmund and Barcelona played out a goalless draw

Borussia Dortmund hosted FC Barcelona in Group F of the Champions League at the Signal Iduna Park with both sides playing out to a goalless stalemate.

Earlier in the day, Inter Milan had surprisingly drawn at home to Czech champions Slavia Prague in the group's other fixture, meaning that a victory for either side would have taken them to the top of the group.

However, despite their best efforts, neither side could find a way into the opposition goal, with the result being that both clubs had to share the spoils and ensure that all teams in the group are on equal standing with one point apiece.

Here, we shall be highlighting five things we learned from the Champions League clash between Barcelona and Borussia Dortmund.

#5 The match failed to provide the fireworks we expected 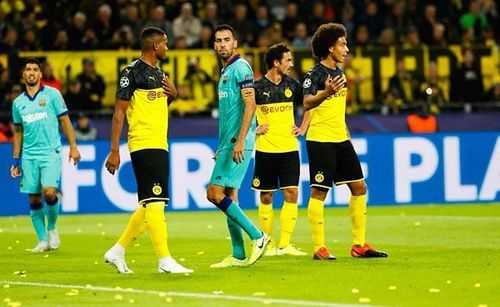 Both sides struggled to create chances

In the last few years, both Barcelona and Borussia Dortmund have earned a reputation of being two of the most vibrantly attacking sides in all of Europe, with their expansive style of play drawing plenty of plaudits.

Heading into this fixture, the Germans had scored a whopping 24 goals from just seven matches in all competitions this term, while their Spanish counterparts had also impressed in front of goal, with 12 goals from just four LaLiga fixtures.

In light of this, it was expected that their clash in North Rhine-Westphalia would provide thrills and end-to-end action underlining just how potent both sides' attacks are.

However, that proved to not be the case, as the game turned out to be a rather cagey affair, with the two teams struggling to create chances which belied their attacking prowess.

In total, both sides managed only 20 shots combined, with just five of those hitting the target which was rather shameful given the array of attacking talent on display in the game.

#4 More away day misery for Barcelona 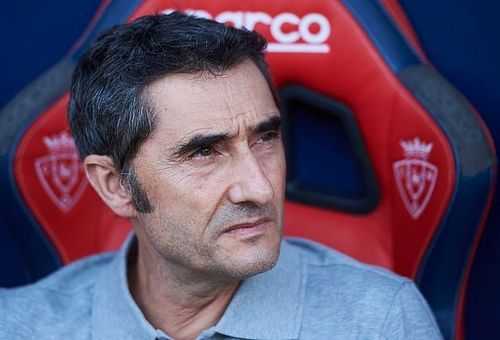 Barcelona have gone four years without lifting the Champions League trophy, and a large reason for this has been their atrocious away form in the competition.

Each of their last three eliminations in the Champions League have come after embarrassing scorelines away from home; 3-0 to Juventus in 2017, 3-0 to AS Roma in 2018 and 4-0 to Liverpool at the semi-final stage just last season.

Since their treble win in 2015, the Blaugrana have won just eight out of their 21 away Champions League fixtures and that grim figure looks even more damning when you consider that three of those wins came in games against Celtic, Bate Borisov and PSV who are not exactly the biggest names on the continent.

Of their nine away fixtures in the knockout rounds of the same timeframe, Barcelona have won just two - against a disheveled Arsenal side in 2016 and another when they defeated Manchester United last season.

It was yet another poor away display against quality opposition in the Champions League for Barcelona and the Catalans can count themselves lucky to have left Signal Iduna Park with anything.

Barcelona are desperate to get their hands on the Champions League trophy again, but if they are to do so, they would have to show a marked improvement in their away performance on the continent. Messi returned after 115 days out of action

Lionel Messi has been sidelined since the start of the season owing to a calf injury, and Barcelona fans worldwide celebrated when news filtered in that he was in line to make his return in the clash against Borussia Dortmund.

This proved to be the case, as the Argentine international was named on the bench only to be introduced for youngster Ansu Fati in the 59th minute.

Despite showing flashes of brilliance and increasing Barcelona's tempo upon his introduction, Messi's contribution in the game was minimal, which was to be expected given how long he has been out of competitive footballing action - 115 days to be precise.

The 32-year-old is arguably one of the best playera in history, and without him, Barcelona tend to struggle as has been evident so far this season. With his return to full fitness, the Blaugrana can be confident in their chances of success moving forward. 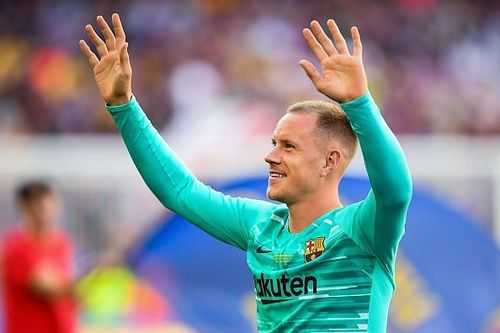 Borussia Dortmund came into this fixture as the form side of the two, having lost just one of their seven competitive fixtures this season, while their opponents have blown hot and cold so far.

The difference in form was evident in the fixture, as despite the game not being as open as expected, Dortmund were still the superior side and found ways to carve chances for themselves for the entirety of the match.

However, they found a stumbling block in the form of Barcelona goalkeeper Marc-Andre ter Stegen, as the 27-year-old was in inspired form and virtually unbeatable on the day.

He showed great reflexes to keep out his friend and international colleague Marco Reus on three occasions, with one of those saves coming when he dived low to his left to keep out the Dortmund captain's penalty attempt to help Barcelona to a point which they scarcely deserved

Over the last few years, there have been calls for the Barcelona shotstopper to displace Manuel Neuer as the German No.1, and with the furore reaching a head in the past two days, Ter Stegen's performance against Dortmund in his homeland helped remind the German public as to why he is fully deserving of Neuer's number one spot. 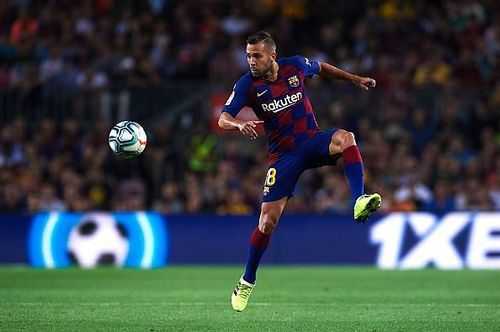 Alba hurt his hamstring against Dortmund

If ever there was an award for an omnipresent player in the Barcelona squad over the last five seasons, it would be won by Jordi Alba hands down.

The 30-year-old has been a constant fixture in the starting lineup owing to the fact that he was the only recognized left-back in the team, and while he might have his detractors, there are few better players in that position than Jordi Alba anywhere in the world.

The arrival of Junior Firpo in the summer helped ease the pressure on the Spanish international, but the youngster's injury meant that once again, Jordi Alba reverted to type as the sole left-back in the squad.

This is a less than ideal proposition for Barcelona given the magnitude and number of games they play in a season, and their worst fears were confirmed when the former Valencia man pulled up with a muscle injury just past the hour mark against Dortmund.

He tried to shake it off for a few minutes, but soon signaled to the bench that he could not continue, and as a sign of the dire straits Barcelona face in the left-back position, Ernesto Valverde had to send on Sergi Roberto in Alba's place.

A tweet by Barcelona confirmed that it was a Hamstring injury suffered by Jordi Alba, and with Junior Firpo still out of the side, the Blaugrana would have to be without a recognized left-back for the time being.