New York Knicks: 3 Players that the franchise should consider trading

The New York Knicks endured a miserable 2018-19 season, although the franchise entered the offseason confident that they would add two of the biggest names in the NBA. The likes of Kevin Durant, Kyrie Irving, Kawhi Leonard, and Klay Thompson were targeted, however, the franchise struck out once again, and were forced to watch on as Durant and Irving joined the Brooklyn Nets.

Evidently, the Knicks are now facing a bleak future, and significant changes are needed to restore the franchise to its former glory. This won't happen overnight, although here are three players that New York should consider trading as they aim to get back on track. 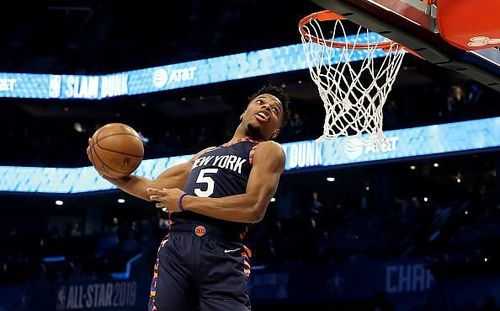 Dennis Smith Jr. signed for the Knicks ahead of the trade deadline

Despite being on the verge of his third season in the NBA, Dennis Smith Jr’s impact continues to divide opinion. The guard was expected to play a key role in Dallas for the foreseeable future, and despite an impressive rookie season, Luka Doncic’s arrival quickly sent him packing to New York.

Over 21 appearance for the Knicks, Smith Jr averaged 14.7 points, 5.4 assists, and 2.8 rebounds in 28.6 minutes per contest, but struggled from the field, shooting at just 41%. At 21, the point guard still has plenty of time to develop a jump shot, although the early signs have been worrying, and it is doubtful that he can become an all-around force such as Russell Westbrook.

As a former lottery pick, Smith Jr. still possesses plenty of value, and several teams are on the lookout for a young guard. Ultimately, if the Knicks aren't convinced that Smith Jr. is a future star, they should look to offload him while they can still get a decent haul in return. 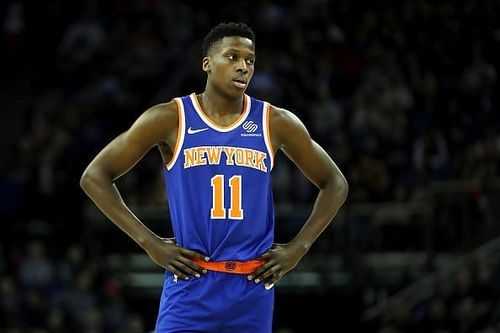 Frank Ntilikina is a unique athlete that possesses immense talent, although the young guard has struggled to make much of an impact during his first two seasons in the NBA. During his rookie season, Ntilikina played 78 times, averaging more than 20 minutes per game, but shot just 36% while averaging less than six points.

The Knicks expected a jump in season two, although the 21-year-old arguably took a step back. Despite seeing more time on the court, Ntilikina could only muster 5.7 points and 2.8 assists, while shooting a near league-low of 34% from the field.

One of the few positives of being out of contention is the fact that the teams can offer regular minutes to promising young talent, and the Knicks must ask themselves if someone else is more deserving of the Frenchman's spot on the roster. 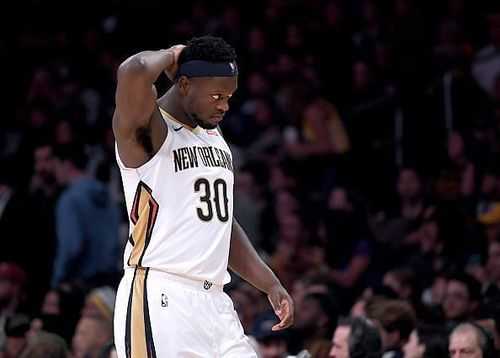 Julius Randle impressed during his season with the New Orleans Pelicans

There were plenty of bad deals handed out during the first week of free agency, and the consensus puts Julius Randle’s three-year $62 million among them. The 24-year-old entered the summer following a breakout season with the New Orleans Pelicans, and while Randle was arguably the best player New York signed this summer, his contract is vastly overvalued.

On the court, the Knicks can expect similar numbers to the 21.4 points and 8.7 rebounds that Randle averaged with the Pelicans, and it is possible that the Randle could even make an All-Star team due to the weakness of the East.

However, it is still difficult to justify the Knick's decision to use such a significant amount of cap space on the former Lakers star, and the franchise should be looking to offload Randle before the February trade deadline.