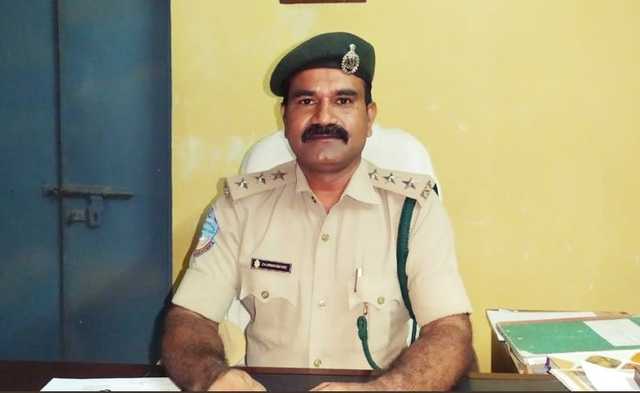 Kochi: Two persons belonging to the Gutti Koya tribal community were arrested on November 23 in connection with the murder of a forest officer in Telangana’s Bhadradri Kothagudem district.

The murder occurred on November 22, allegedly over disagreements regarding cattle grazing in a forest plantation. Officials denied that the disagreements were over ‘podu’ land clearing by the people, as earlier reports claimed.

However, the murder has once again raised the issue of podu cultivation, a traditional form of shifting cultivation for which patches of forest land are cleared for agriculture, and the simmering discontent between the forest department and podu cultivators in the state.

As per several news reports, the attack occurred after Rao and another forest official tried to prevent the tribals from clearing forest land for ‘podu’.

However, as per recent reports, the spat that led to the murder was over disagreements in cattle grazing in a forest plantation, and not clearing of forest land for ‘podu’. The news agency PTI reported that two forest officials, including Rao, visited a plantation in Bendalapadu village in Chandrugonda mandal on Tuesday, after receiving information that the plantation – raised by the state Forest Department – was being damaged by cattle reared by members of the Gutti Koya community. An attack ensued when they tried to prevent the grazing.

Two members of the tribal community attacked the forest officials with axes. Rao, who could not get away in time, sustained grievous injuries on his head and neck and succumbed to his injuries en route to the hospital.

Rao, who won the KVS Babu state gold medal for forest protection in his range last year, was cremated with state honours on November 23. He is survived by his wife and two children. The Telangana state government announced ex-gratia of Rs 50 lakh to the family.

Last rites of Forest Range Officer Srinivasa Rao, who died on Tuesday, with state honours. Rao succumbed after he was attacked with axes by alleged members of Guthikoya tribe members in Bhadadri Kothagudem district. Rao was a gold medalist for forest protection. #Telangana pic.twitter.com/70iRqavLx0

Though officials now claim that the murder was due to disagreements over cattle grazing, it has brought to the fore the contentious ‘podu’ practice in Telangana once again.

Podu cultivation is a traditional form of agriculture that local communities practice in the Eastern Ghats and surrounding areas. As part of this, forests are cleared (often burned down) and people cultivate crops such as millets and vegetables in these patches. After harvests, podu cultivators abandon the land and sometimes return to these patches two or three years later for another cropping season. A state government survey found that as many as 3.95 lakh farmers engaged in podu cultivation in Telangana, per a news report.

The forest department has raised concerns regarding the forest destruction and degradation, as well as resulting carbon emissions, that this kind of agriculture can cause. Ecologists have also said that though the practice of podu cultivation is “ecologically stable” in low population densities – when people practised it as a form of subsistence agriculture – the scale at which it is currently practised makes it more intensive and robs the soil of its fertility too.

The issue of ‘podu’ cultivation, therefore, has been a source of simmering discontent between local communities and the forest department in the state. Both forest officials and tribal communities have been hurt in several skirmishes and agitations surrounding podu agriculture over the years.

It is also a political issue, with numerous parties including the BJP taking up the issue against the K. Chandrashekar Rao government. Member of Parliament and chief of the Telangana Pradesh Congress Committee A. Revanth Reddy said on Wednesday that if chief minister KCR does not take immediate steps to issue guidelines for the allotment of podu land titles, his party would hold massive protests.

Tribal communities are eligible for title deeds to podu land they have settled on under the Scheduled Tribes and other Traditional Forest Dwellers (Recognition of Forest Rights) Act, 2006, popularly known as the Forest Rights Act. However, much of this is yet to materialise. The Telangana government received 4.14 lakh claims from 2,845 gram panchayats when applications for titles were invited last year, reported The Hindu.

The moment we talk about podu, the Forest Department becomes the oppressor and the encroacher, the victim; but there are many layers to this, said wildlife conservationist Imran Siddiqui, who works in Telangana.

Many non-tribal people also clear forest lands and apply for claims over the ‘podu’ lands they have encroached upon, he said.

The implementation of the FRA in letter and spirit would ensure that the claims of “true local tribals” will be fulfilled, Siddiqui said. Others (including non-tribals) holding forest lands over a particular limit should be asked to surrender these patches for reforestation. Only then will the unabated felling of forests as part of podu cultivation will stop, he said.

“Illicit claims over forest land once regularised for political mileage will create more aspirants for regularisation in future,” he added.