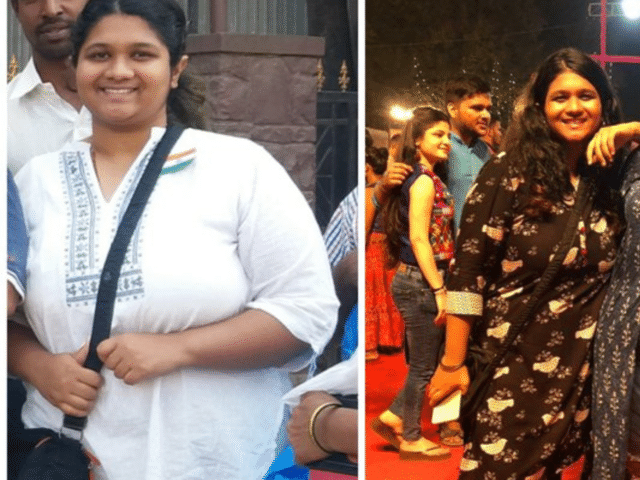 25th January, 2023 08:00 IST
Among a pool of weight loss stories, one thing that’s common is the fat-shaming that comes after it. Sarah Fernandes from Mumbai lost 25 kgs and gave a powerful answer to the fat-shamers and bullies through fitness. It wasn’t easy but it was worth it, she says. Let’s hear it from her:

What caused the weight gain?
The hardest thing I ever had to do in my life was to lose weight. I've been obese my entire life and have long blamed my procedures for it. I couldn't control what I did now that I weighed 104 kg. I was humiliated. I was feeling down. I never really felt the need to share it with anyone since I believed I could handle it on my own. I made light of it. People made light of it. I continued supplying justifications for doing it. I sobbed. I started to cry once more, but I realised that nothing would change unless I took action.

What was the turning point that helped you advance on your weight loss journey?
This process took time to complete. I needed nine months. It was steady yet slow. It has given me valuable lessons in persistence, patience, self-control, and many other areas. One day I woke up and said, "That's it." At least try, I urged myself. Let's try it regardless of what occurs.

Describe your diet and exercise routine
Everyone is aware of how much I enjoy food, and that's why I made it a part of what I do for a job. I originally had trouble choosing on my diet. But I only eat home cooked meals. There was a price paid but it was all worth it. When I first started exercising, I really didn't have much self-confidence since I thought it would be a joke that I would laugh about later and stop trying. But as I continued to lose weight each day, it gave me more strength.

What are some lifestyle changes you made?
Early bedtimes and early rises became habits. I always eat home-cooked food and observe portion management. I only benefited from my exercise programme because I stuck with it. I was busy all day long and did a lot of walking.

Is there a fitness secret that worked in your favour?
My secret is to persevere. For many people, 25 kg may not seem like much. I still need to shed 10 pounds. Although the journey wasn't simple, it was worthwhile. I've come a long way, but much remains. Although I haven't yet reached my goal, I am confident that I will since I haven't yet come too far to quit.

What was the most difficult part about being overweight?
I realised that good things take time after being fit. There were some cheat days, awful days when I was cranky and irritable, but I simply kept reminding myself that this year is going to be the one. I felt better and started being happier when I lost weight. Around me, things started to change. I still recall when those who had teased me and made me feel self-conscious began speaking to me politely.