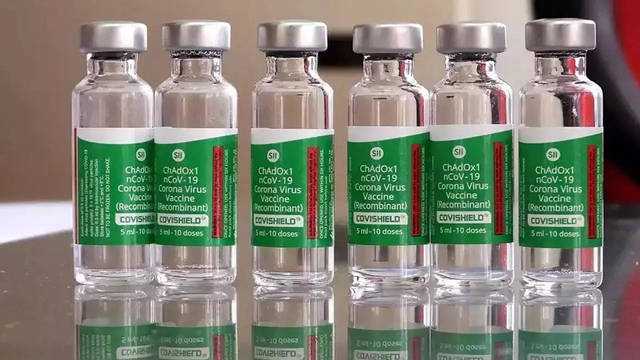 25th January, 2023 14:52 IST
NEW DELHI: A booster dose of Covishield offers the best immune response, irrespective of whether the primary doses were of Covishield or Covaxin, according to a new study conducted in India and published in The Lancet Regional Health Southeast Asia journal.

Primary SARS-CoV-2 vaccination has been shown to wane with time and provide lower protection from disease with new viral variants, prompting the World Health Organisation (WHO) to recommend the administration of booster doses.

The study, conducted by researchers from Christian Medical College, Vellore, Tamil Nadu and Centre for Cellular and Molecular Biology, Hyderabad, Andhra Pradesh, determined the safety and immunogenicity of homologous or heterologous boosters with ChAdOx1 nCoV-19 (Covishield) or BBV152 (Covaxin), the two vaccines used widely for primary immunization in India, in participants who had already received two primary doses of these vaccines, it said.

The primary outcome was day 28 post-booster anti-spike IgG seropositivity and secondary outcomes were anti-spike IgG levels and assessment of safety and reactogenicity. The results of 90 days intention-to-treat analysis are presented, the study said.

In the Covishield primed group with 200 participants, the seropositivity 28 days post booster in the heterologous Covaxin arm was 99 per cent and non-inferior to the homologous Covishield arm, which was also 99 per cent, the study said.

In the Covaxin primed group with 204 participants, the seropositivity 28 days post booster in the heterologous Covishield arm was 100 per cent and non inferior to the homologous Covaxin arm which was 96 per cent, the study said.

The GMC following heterologous Covishield boost was 241,681.6 AU/mL compared to homologous Covaxin boost, which was 48,473.94 AU/mL, the study said.

The day 28 geometric mean ratio (GMR) of the anti-spike IgG between the heterologous and homologous boosted arms was 0.42 in the Covishield primed group and 5.11 in the Covaxin primed group, the study said.

There were no related serious adverse events reported in any group, the study said.

The study found that a heterologous boost with Covishield after Covaxin prime offers the best immune response among the four combinations evaluated.

A heterologous boost with Covishield after a Covaxin primary schedule offers the best immune response among the approaches evaluated in this study.