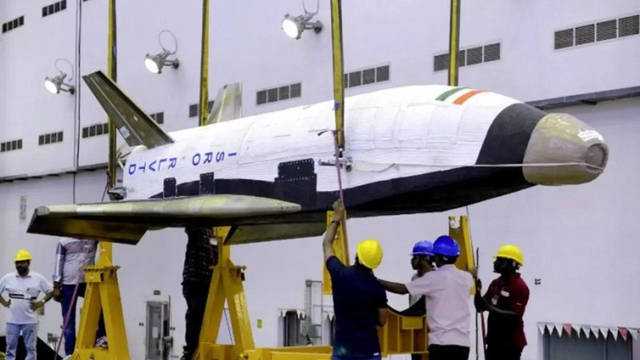 He also said that in near future, India will join the race for space tourism with several leading US space companies and that such a trip to space is likely to cost around Rs 6 crore per tourist.


Speaking to TOI, the Isro chairman said, “Isro is not building but has developed a (space tourist) vehicle for private industries to take on.” He also said that currently “Rs 6 crore is spent for a ticket in Blue Origin or Virgin Galactic” if one travels by their spaceship.

“If our vehicle is converted for tourists, then also it may cost the same considering the re-usability of the vehicle,” he said.

An RLV is a launch vehicle that is designed to return to the Earth and could be used again. Isro’s RLV-TD programme was planned as a series of technology demonstration missions that were considered as a first step towards realising a two-stage to orbit fully reusable vehicle. The agency accomplished its maiden RLV-TD HEX-01 mission on May 23, 2016 from Sriharikota when it successfully demonstrated critical technologies for design and flight testing of re-entry vehicles. However, it was a suborbital flight and designed to land on sea.

But in the upcoming test, the RLV will be carried using a helicopter to an altitude of 3-5 km and released at a distance of 4-5 km ahead of the runway with a horizontal velocity. After the release, the RLV will glide, navigate towards the runway and will carry out a conventional autonomous landing with landing gear. This landing is planned in a defence airfield near Chitradurga in Karnataka.

At the concluding session of the India International Science Festival on Tuesday, the Isro chief said methane gas is going to become the fuel of the future as future spacecraft to the Moon and Mars will run on it. On the sidelines of the function, Somanath also indicated Isro has planned to launch a Small Satellite Launch Vehicle (SSLV) with a payload of 500 kg in the second half of February, and scheduled the launch of the second lot of 36 satellites of UK-based OneWeb in March.