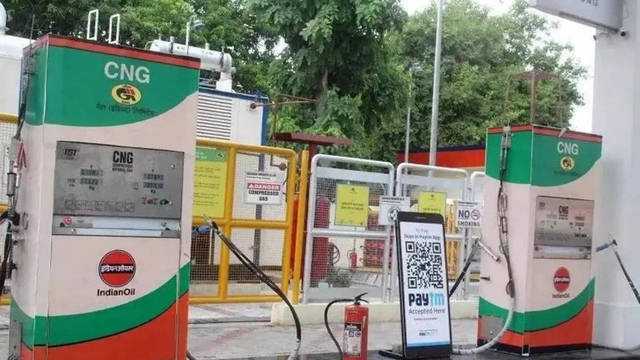 NEW DELHI: CNG and PNG will become dearer and input cost for fertiliser manufacturers will rise sharply with the Centre on Friday raising the prices of natural gas produced from domestic fields by over 40% to record levels, even as a panel of experts is reviewing the pricing formula with an aim of moderating consumer rates.

Gas produced from legacy fields given to ONGC and Oil India will cost $8.57 a unit from Saturday, up from $6.1, till the next six-monthly revision in April 2023. The price ceiling for gas produced from zones such as Andhra offshore fields of Reliance-BP was raised to $12.46 per unit from $9.92.

Growth of eight core sector industries, which make up over 40% of the index of industrial production, moderated to a nine-month low of 3.3% in August on account of a base effect as well as a slowdown in steel, electricity and cement.

Data released by the commerce and industry ministry on Friday revealed a contraction in crude oil (-3.3%) and natural gas (-0.9%) output during August 2022. Both the sectors have been laggards with crude production falling during 12 of the last 13 months, while natural gas saw the second straight month of decline.

The slowdown in cement (up 2.2% in August) and steel (1.8% increase) are seen to be pointers to a slowdown in infrastructure activity, while economists suggested that heavy rains in certain parts of the country may have been behind the 0.9% rise in electricity production.