6 Weird Places in India Worth Exploring in 2022

India is known for its incredible experiences, and when it comes to bizarre things, there is no chance that the country will disappoint you. From Kashmir to Kanyakumari and far across to Changlang and Kutch, you get myriad encounters that may astound you for a while. If you are among those who wish to explore unique places, continue reading to know the weird places in India worth finagling a stop by to swirl your brain and evaluate the stereotype behind the existence!

Whether you are looking for fabricated places or wish to witness a natural bizarre, here are the weird places in India that may surprise you with their adventures. 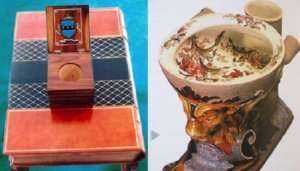 The Toilet Museum features rare collections detailing the historic evolution of toilets after 2500 BC and how they changed to the present day. Apart from providing a chronological account of developments in regard to technology, it also purveys toilet-related social customs, etiquettes, prevailing sanitary conditions and efforts by the authorities. With an array of privies, chamber pots, toilet furniture, bidets and water closets, the museum showcases the evolution of toilets from 1145 AD to modern times.

Best Places To Eat In Delhi: If You’re A Foodie, Then This Is Where You Need To Go In 2022! Shani Shingnapur is a religious place in Maharashtra that is nearly 84 km from Aurangabad. According to the locals, the region is believed to be protected by Lord Shani and no one attempts theft here. There are numerous traditions that are followed for over 400 years now and make it rank among the unique places in India. 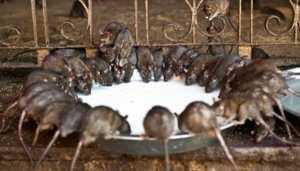 Another religious site that can be counted among the weird places in India is this temple. However, the temple is quite significant amongst devotees but an unusual ritual is followed and this is the only temple where rats are worshipped. Established in the outskirts of Bikaner, the temple is called to be the temple of rats. Nearly 25,000 rats reside here. According to the locals and regional religious texts, it is believed that Laxman, the son of Karni Mata was drowned in a pond near the temple. Karni Mata prayed to the Lord Yama who agreed and blessed that Laxman and all his brothers will be reincarnated as rats. Since then, the grand fairs are organized at the temple during the Navratri.

Jaisalmer Desert Festival: An Extensive Guide To The Desert Carnival In 2022 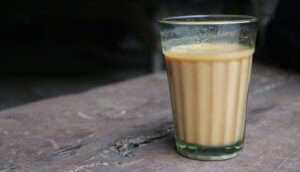 New Lucky Restaurant is located in the Lal Darwaza area of Ahmedabad that features an exquisite experience of dining beside coffins. Locals call it a place to dine with the dead and features delicious food at an affordable price! The restaurant is there for more than 60 years now, and the tables are placed right next to coffins. The restaurant owner decided to mound on the reality that the new restaurant site was an old burial ground. So, rather than removing or covering the coffins, he built the restaurant around them. 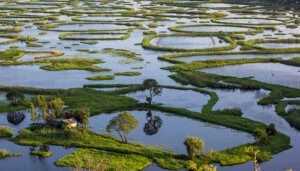 Loktak Lake is nestled in Manipur and recognized as the ‘world’s floating lake’. This enormous freshwater lake in the northeast is a natural existence that is counted to be a weird place in India. The lake is spread across 300 sq m and is a multifarious hotspot for organic significance, foliage, and soil. It is recognized to be a wetland of international importance and features 5 exclusive streams. The southern zone of the lake is the Keibul Lamjao National Park, the only floating national park in the world which is home to over 424 animal species and around 100 species of birds. 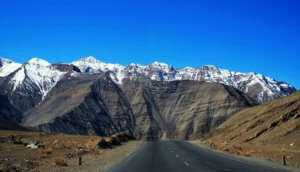 The Magnetic Hill is set at 11,000 ft. above sea level and attracts bikers and wanderers from across the world for its unique experiences. The site is undoubtedly counted amongst the weirdest places in India. The hill purveys an anti-gravitational effect that hauls the vehicles towards it even when the engine is off. You just need to place your vehicle in neutral gear on the marked spot and encounter the peculiar attraction that moves it due to gravitational pull.

Bhangarh Fort, Kuldhara village, Jal Mahal, Skeleton Lake, Kodinhi, Jatinga, etc. are other weird places in India. If you adore travelling and seek to unravel the mysteries of the mentioned sites then plan your future trips with TravelTriangle and have an outstanding experience with your travel mates.

For our editorial codes of conduct and copyright disclaimer, please click here.

Which are the weird places in India?

Yes, the fort can be visited, however, make sure that you follow the travel guidelines mentioned by the authorities. The timings for Bhangarh Fort are between 6:00 a.m. to 6:00 p.m., i.e. before sunset and post sunrise.

Is it safe to travel in India during Covid times?

Yes, it is perfectly safe to travel however, it is advised to check the latest travel advisory, and make sure that you follow Covid measures mentioned by the authorities. Make sure that you have completed both the doses of vaccinations and get yourself tested at least 48 hours before your departure.

Why is Kuldhara village famous?

Kuldhara is a village near Jaisalmer, Rajasthan, that is known for being abandoned by all its residents in just one night. It is amongst the weird places in India.

The post 6 Weird Places in India Worth Exploring in 2022 appeared first on .