AEW Wrestler Almost Became A Part Of The Brood In WWF

During a recent appearance on Talk Is Jericho, AEW wrestler Luther told Chris Jericho that there were plans for him to team up with Gangrel and be a part of The Brood during the WWF Attitude Era.

Here’s what he said:

“I heard that I was still on their radar because I was told from a couple people a few different things.

I was told they were thinking of putting me in a tag team with a guy named Gangrel, because they said we both kind of looked alike, which I actually, to this day, still get people who think I’m Gangrel.

So there was talk about me and him doing The Brood thing, and then I lost that job out to two of our friends instead (Edge and Christian).”

WATCH: Sable Gets Stripped During The Attitude Era: 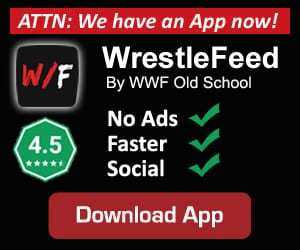 On this day in 1998, Ted Turner’s World Championship Wrestling aired an episode of their weekly TV show ‘WCW Saturday Night’.

This episode was pre-taped at the Georgia Mountains Center in Gainesville, Georgia and featured matches, interviews & storyline segments on the road to the ‘WCW Halloween Havoc 1998’ PPV.

The card of the show can be found here:

Perry Saturn vs. The Gambler

The post AEW Wrestler Almost Became A Part Of The Brood In WWF appeared first on WWF Old School.