In Pics: India This Week

Beyond the headlines and behind the scenes, The Quint brings you a snapshot of India this week from 27 September to 4 October 2019. 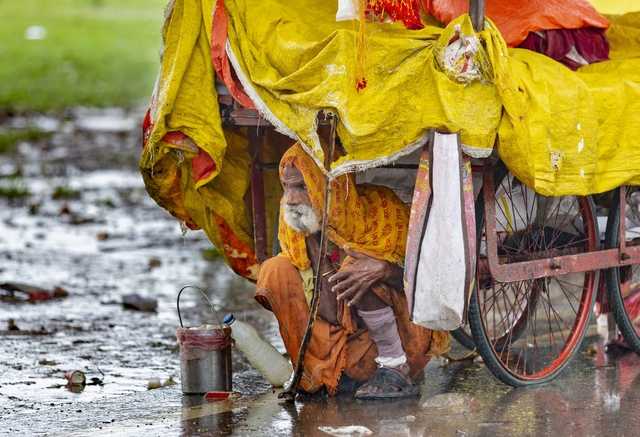 In this 28 September file photo, a sadhu takes shelter from the rain under a cart in Prayagraj in Uttar Pradesh. Troops near an IAF Mi-17 helicopter during the Indo-Thailand Joint Exercise ‘Maitree 2019’ at the Umroi Military Station in Ri Bhoi district of Meghalaya on 27 September. 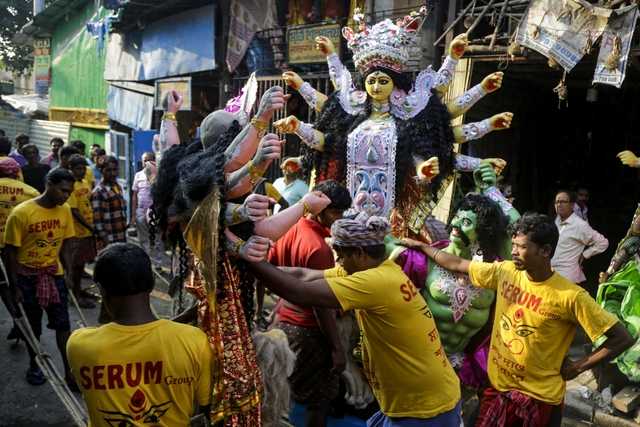 Labourers carry clay idols of Hindu goddess Durga to a makeshift venue for worship ahead of Durga Puja festival in Kolkata on 2 October. 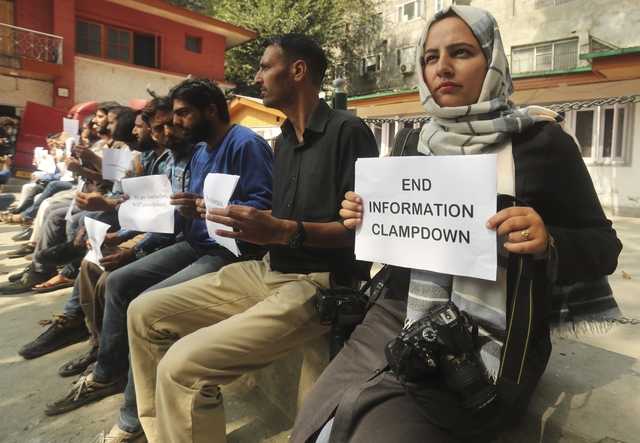 Kashmiri journalists display placards during a protest against the communication blackout in Srinagar on Thursday, 3 October. 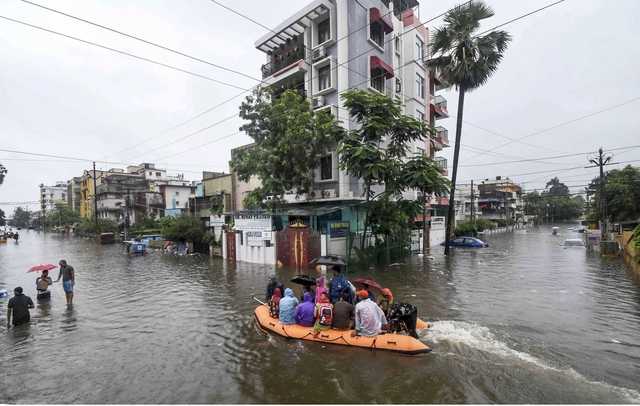 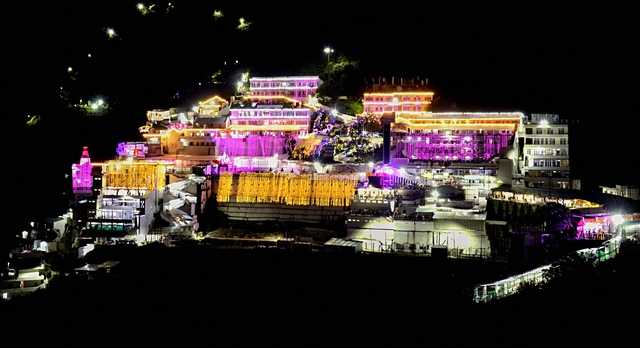 An illuminated view of the bhawan at Vaishno Devi Ji temple on the eve of commencement of Navratras, in Katra, on 28 September. Delhi policewomen detain an exiled Tibetan protesting China’s occupation in Tibet outside the Chinese embassy in Delhi on 1 October. The Tibetan exiles were protesting as China’s Communist Party celebrated its 70th anniversary in power. 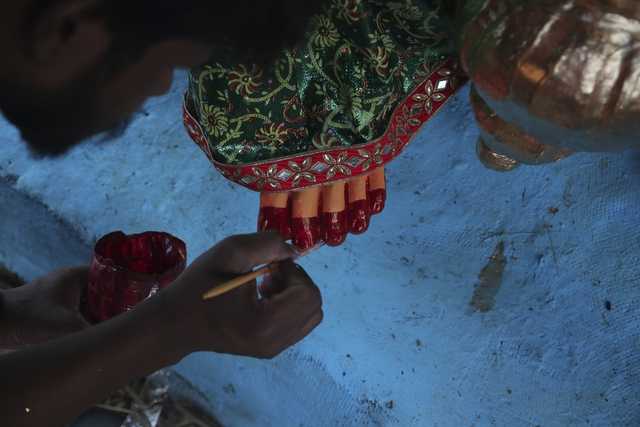 An artisan gives finishing touches to an idol of Hindu Goddess Durga for sale ahead of Durga Puja festival in Hyderabad on 28 September.
Explore more on Newspoint
Loving Newspoint? Download the app now