Jharkhand-born left-arm spinner, Shahbaz Nadeem, has joined the Indian squad ahead of the third Test match against South Africa as the team's left-arm chinaman spinner Kuldeep Yadav complained of shoulder pain earlier in the day.

India have already achieved an unassailable lead in the three-match series but as Virat Kohli had mentioned in the post-match interview of the Pune Test match that they will go for a 3-0 win in Ranchi hence, the fans can expect the Indian team to come all guns blazing once again.

While Nadeem will most likely not make it to the playing XI, he still has a slim chance if the team management decides to go with three spinners or either of the leading spinners of the team suffers an unfortunate injury at the last moment.

Nadeem has a good amount of experience of playing at the JSCA Stadium as he represents Jharkhand at the domestic level and the team uses the ground for their home matches.

Things you need to know about Shahbaz Nadeem 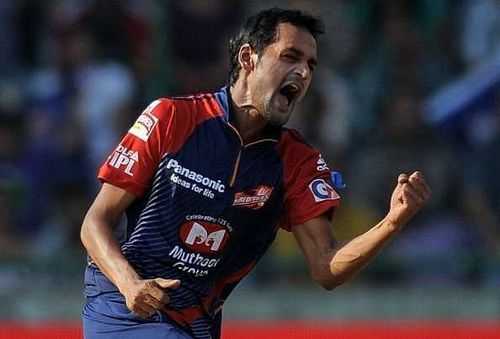 Shahbaz Nadeem has played for Delhi Capitals in IPL

Though Nadeem has not played a single international match so far, the 30-year-old is a veteran in the domestic circuit. He has played 110 first-class matches where he has scalped 424 wickets at an average of 28.58. His economy rate of 2.59 shows that the Bokaro-born bowler does not concede runs easily.

Also, he has decent numbers with the bat as well. Nadeem has aggregated 2,131 runs in 150 innings. He has also scored a hundred and seven half-centuries.