Indians or 'Suspected Foreigners'? The Post-NRC Fear in Assam

A single alphabet can change your whole identity. That’s what has happened to many in the Indian state of Assam. Sample this: 5-year-old Saahin Ashwar was misspelt as Sachin Ashwar by the NRC officials and this was enough to knock him out of the Assam NRC — a process initiated to identify illegal foreigners living in Assam. So now while his parents are in the NRC and by that logic Indians, Saahin’s status as Indian is under a shroud of doubt. Is he an Indian or an illegal migrant? Saahin Ashwar with his parents at his house in Baksa in Assam.

How Robust was the Document Verification?

For anyone to be included in the Assam NRC they had to submit a pre-1971 document, either their own or one belonging to their ancestors, which could prove that they were in India before 24 March, 1971. But many allege that in spite of submitting valid documents they were deliberately kept out by the NRC officials.

R Rosen Hajong, Excluded from the NRCWe came to India in 1964 to escape from the atrocities in East Pakistan (Bangladesh). Jawaharlal Nehru had told us that India will give us shelter. The government of India is taking care of us since 1964. How can I suddenly become a foreigner? Why aren’t the NRC officials accepting our refugee registration certificate. 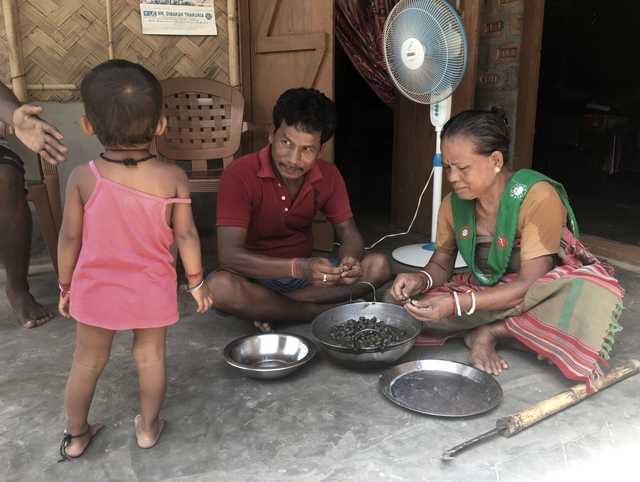 Rosen Hajong and his family are out of the Assam NRC.

Shahjahan Ali Ahmed is a social worker who has been helping the poor and illiterate to fill their NRC forms but the irony is he and his family members were also excluded. When this reporter met Shahjahan at his home in Baksa district, he was shown land records dating back to pre-Independent India.

Shahjahan Ali Ahmed, Social ActivistPeople who have been excluded from the NRC, they have been deliberately targeted. It was pre-decided that the documents of the linguistic and religious minority would be rigorously checked. But the same thing was not done for original inhabitants. 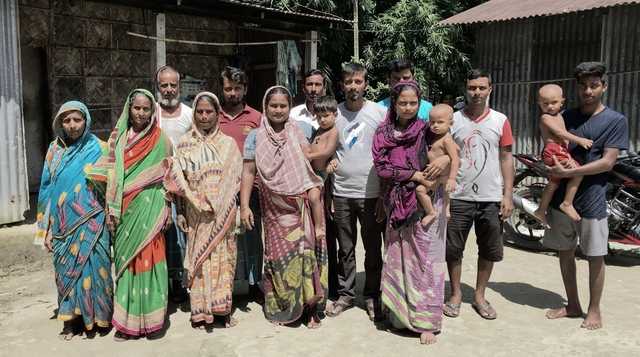 Shahjahan (grey t-shirt in centre) has been helping the poor and illiterate in their NRC documentation.

The genesis of the NRC is in the Assam Accord which was signed in 1985. It sought to protect the interests of the original inhabitants of Assam. The so called ‘sons of the soil,’ the Assamese people and the indigenous people living in Assam. But the irony is that these very people are out of the NRC.

In Hojai district, this correspondent met Mulani Bordoloi, an indigenous Assamese. She, her husband and her son didn’t make it to the final list. And now she’s questioning the whole NRC process. Mulani Bordoloi is Assamese but even she’s out of the NRC.Mulani Bordoloi, Resident, Hojai, AssamAfter spending so much money if the government couldn’t come out with an error-free NRC then what’s the use? If the Assamese people can become Bangladeshis and Bangladeshis can prove that they are residents of Assam, the what is the use of living in Assam for so many years? There is no meaning in being the original inhabitants of Assam.

The 19 lakh people who haven’t made it to the NRC will end up in foreigners tribunals to claim their Indian citizenship. For most of these people who are poor and illiterate, it means going once again through the complicated process of documentation, hiring a lawyer to represent them in the foreigners tribunal and finally huge costs. Many of them may not be able to afford this anymore. They may just resign to their fate of being stateless and in the process ending up in detention camps.