Earlier this year in Kolkata, 70-year-old Kabir Suman was ending his concert with his 27-year-old classic ‘Tomake Chai’. After singing a couple of lines, India’s greatest living singer-composer suddenly got into another song, a Tagore tune from about 70 years ago, saying he’d just realized how much his song resembles this. Playing the keyboard with shaking hands, he first said, “Everything is copied, you know,” and then, as if with a sad realisation, “Nothing is one's own.”

While his song’s brilliant individuality was beyond doubt, he was self-deprecatingly stating a truth that every composer and musician has known, including the very greatest among them, Bob Dylan. He never ever tried to hide his influences, because it was where he took them to, that was the real point. This is obviously very different from actually copying something (a tragically Indian ailment); it is the very essence of evolution.

It is this very evolution that the music band Parvaaz has effected in India when it took the sounds of its biggest influences - Pink Floyd, Led Zeppelin, U2, Junoon and Porcupine Tree (the last two influenced by the first three as well) – and merged them with the . This doesn’t even qualify as “fusion” but as something much more organic and exploratory. The lyrics, in Urdu or Kashmiri, some , some , are not the only elements that provide that difference.

The two principal composers in the band - vocalist Khalid Ahamed and guitarist Mir Kashif Iqbal - grew up in Srinagar and knew each other since kindergarten but, as these things happen, became bandmates only in Bengaluru, where they had gone to study. Together with Fidel D’Souza (bass; originally from Mangaluru) and Sachin Banandur (drums; from Bengaluru), they formed Parvaaz in 2010 and set out to pursue original music full-time, fully aware of the struggle immediately ahead of them.

Khalid’s formidable vocals and Kashif’s guitar sound, both self-taught, may constitute the more noticeable strengths of the band, but the thoughtful and add a dimension that takes their music to a different place altogether. This was apparent even in their early phase (2010-2012) when, even in their initial forays into full-on rock and roll, they came up with , not just apparent from the . All six songs from that period (including their EP “”) suggested then itself that the band had . They were still exuberantly mining what their influences had to offer to them and looking for themselves in there, even though a track called “” with one of the most powerful vocal performances in the independent Indian music scene till date, suggested what paths lay ahead for the band, if they chose to take them.

In 2014, the band indeed took their biggest stride, with the release of their first full-length album “ Baran” – destined to be one of the true classics of the Indian independent music scene.

If they found their sound in the early years, now they located their ‘voice’. Despite a distinct edginess, there was a melodic assurance in all the songs as they merged original lyrics and traditional poetry with contemporary hooks. Four of the seven tracks on the album are of a standard that bands would be proud to have on their “Greatest Hits” album after being around for a couple of decades; the other three tracks are no pushovers either. 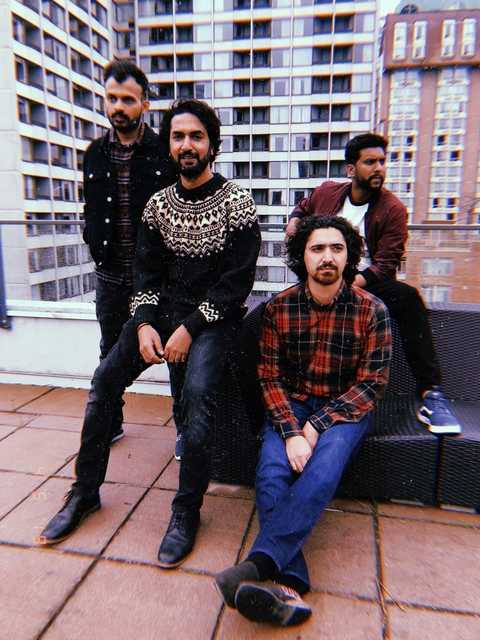 The album release put them in the Indian and their reputation grew. True to their comprehension levels in these parts, it took Rolling Stone India four years to catch on; in May 2018, they finally put Parvaaz on their cover while calling them “the most exciting band in India right now” (sic).

The band’s busy touring schedules left them little time to work on new songs, but they still managed to finish and record two exquisite original tracks, with videos to boot – , the other , as if for symmetry. Then, there was that rarity for an Indian band – a third-party-financed . A few months ago, Anhad Foundation released Parvaaz’s with Rajasthani folk singer Gazi Khan Barna – it is symptomatic of the band’s integrity that their most powerful and recognisable element – Khalid’s vocals – was hardly used in the track, simply because the band felt it didn’t fit.

The edginess of “Baran” is relatively on hiatus here and yet, given the still very much in play, it is an intriguing and compelling step forward by the band.

The current climax is the launch of Parvaaz’s second full-length album “Kun” this week. There was a different focus this time around for the band – production quality and recording techniques with the self-imposed proviso to be conscious of what can be reproduced live faithfully. The result is a collection of polished and , a series of . The edginess of “Baran” is relatively on hiatus here and yet, given the still very much in play, it is an intriguing and compelling step forward by the band.

In these thin-slicing times, where albums are getting to be as archaic as hand-written letters, trust Parvaaz to come up with something resembling a concept album

The songs play well in sequence, as good albums seamlessly do. In these thin-slicing times, where albums are getting to be as archaic as hand-written letters, trust Parvaaz to come up with something resembling a concept album (as the band puts it - “all the song themes are centred around a journey of a person through time and space in a quest for answers.”)

Commercial acceptance clearly has not been the motivation for their artistic choices here as well. Just like they don’t do love songs for some reason, or make an attempt to simplify their lyrics for easy consumption, they’ve never chosen to speak about Kashmir as well, even when there would be benefits from topicality and association (especially abroad). They set what they have to say to music.

Khalid Ahamed“My home and whatever is happening there is on my mind all the time. Not only that, there isn’t much good news in general from anywhere around the world.”

Together with Kashif, who has also been attracted to dark music since childhood, this tends to push them into moodier musical terrain, even though, through all that drive and energy, they always seem to be reaching for something more universal and harmonious, but somehow never angry.

Their music has that sense of the big picture somehow, perhaps manifesting most in its gravity –the quality hardest to appreciate in low attention span times, because you have to stay with it for a while. In a cultural environment that values musicians more for slickness, polish and technical finesse, shockingly even in the rock fraternity, where attention-catching familiarity is sought over originality and soul, the band members seem to take heart from the depth of the love they get from fans rather than the numbers that populate their stats on social media (even though that is organically growing all the time).

Their music has that sense of the big picture somehow, perhaps manifesting most in its gravity –the quality hardest to appreciate in low attention span times, because you have to stay with it for a while.

Parvaaz is only the second Indian band (after Indian Ocean) on whom a feature-length documentary is being made (which is not a self-funded concert film) – the film called “Long Song” should release next year (exactly a decade after the film on Indian Ocean released, which actually says more about the independent music scene in India than the film scene). And yet, Parvaaz is not among India’s highest-paid bands, or among the most heard, which can be baffling to some.

They can take some solace from the oft-articulated doubt by many; would the most important artists of previous generations have made it in the current environment of social media validation and what that implies? 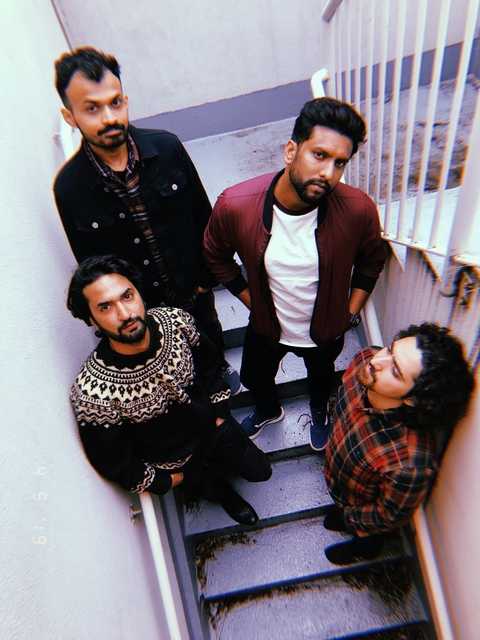 In India, it still comes down to Bollywood exposure - that vapid kiss of mainstream acceptance. As legend already has it, when Bono ran into Priyanka Chopra in the US and asked her if there is rock in India, she sent him…wait for it…the OSTs of Rockstar, Rock On and Dostana. The problem lies not in the embarrassing ignorance of an insular Bollywood actor (she is hardly the only one) but in our own failure of not giving our indigenous talent its rightful place.

Just as an example – Indian eyes have been looking for an opening act for U2’s historic Mumbai performance in December. But would those eyes, with a complete lack of perspective, riddled with politics and agenda, actually settle on what is easily the most apt choice in not just an Indian context, but also an Asian one?

And enable that Irish ache which conquered the world three decades ago to hook up with kindred spirits – the Kashmiri soul that drives India’s best music band.

(Jaideep Varma is a writer-filmmaker. His film “Leaving Home – the Life & Music of Indian Ocean” (2010) was India’s first-ever documentary to play in theatres nation-wide; it also opened the Indian Panorama at the Goa International Film Festival and won the National Award. The views expressed above are the author’s own. The Quint neither endorses, nor is responsible for them. )