Ranveer Singh's much-anticipated film Jayeshbhai Jordaar was finally released on Friday. Directed by debutant Divyang Thakkar and bankrolled by Yash Raj Films, the film busts the concept of female infanticide. Hailing from a family that is hell-bent on traditional ideologies and strongly supportive of female infanticide, Singh emerges as the hero who fights to change their mentality. Here's our review. 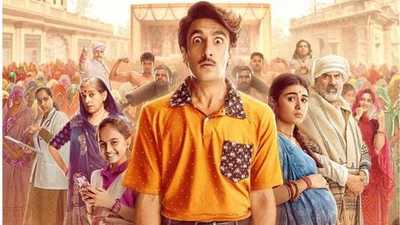 Here's what the story is all about
Details


Jayeshbhai (Singh) is the husband of Mudra (Shalini Pandey) and the son of the grumpy village sarpanch (Boman Irani). The couple, along with their nine-year-old daughter, lives in a patriarchal society. Jayeshbhai's parents (Irani and Ratna Pathak Shah) pressurize their pregnant daughter-in-law to bear a son to carry the family name forward. Little does the family know the couple is expecting a baby girl.


Jayeshbhai's family, however, decides to find out the child's gender. If it's a girl, Mudra will be sent back to her family and Jayesh must remarry. So, at the last minute, Jayeshbhai decides to flee with his wife and daughter to save their unborn baby and also his marriage. Jayeshbhai has a great escape plan ready but the trouble is always around the corner.


Jayeshbhai's plan to flee works out rather too conveniently. He tries to throw his father off his tracks so that his wife and daughter can escape to a village where they can be "safe." At this point, a chase that starts out on an unpredictable note soon gets monotonous as Jayeshbhai's father and his men show up at the most obvious moments. 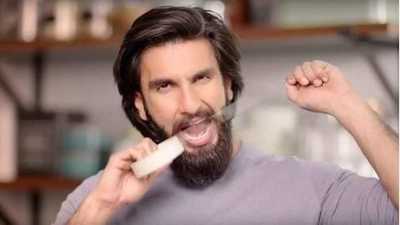 The film does a poor job with its humor
Remarks


Singh nails his performance as Jayeshbhai and Pandey, too, does a good job at portraying the suppressed wife in the household. While the narrative of the film is great, it gets too preachy after a while. The humor and punchlines fall flat and barely make you laugh when they come up in between serious scenes. Moreover, the first half feels like a complete drag.


'Jayeshbhai Jordaar' picks up in the second half
Details


However, the second half is where things get interesting. Toward the end, we see a faceoff between Irani's rigid sarpanch and the men of the village who come to stop him from trying to get rid of Mudra for good. Yes, things escalate quickly in the film. The women of the village, including Jayeshbhai's mother, come to help him save his wife and daughter.


There are a couple of scenes where the film fails to connect the dots. For example, when the family is on the run, they suddenly show up at a hospital with another plan in place, out of nowhere. A few other scenes leave you guessing about the transition. Jayeshbhai's monolog on pappi (kiss), too, comes at a weird time and brings out unintentional laughter.


Singh brings simplicity and energy to Jayeshbhai, something that helps you get through the 2:03-hour-long movie. A lot could've been handled differently, in a better manner, in the film. A tighter script, jokes at appropriate timings, and toning down preachy bits, to name a few, would've worked wonders. Overall, we think the film could have been, well, a little more jordaar. Verdict: 1.5/5 stars.