'Jayeshbhai Jordaar' Wins for Not Reducing Gujaratis to Mere Stereotypes

If you don’t know any Gujaratis, and your impression of them is based solely from Bollywood or shows like Taarak Mehta ka Ooltah Chashmah, I don’t blame you for judging us. But I’d also like to say that that representation is not only exaggerated but also flawed on many levels.

No, we Gujjus don’t eat fafda-jalebi all day, we don’t talk in those weird accents, and we certainly don’t break into impromptu garba like Dayaben!

Jayeshabhai Jordaar, starring Ranveer Singh, Ratna Pathak Shah, Boman Irani, and Shalini Pandey, is a refreshing take on Gujaratis and I couldn’t have been more relieved. Finally, a mainstream film that didn’t stereotype Gujaratis or just use them as mere caricatures!

The movie, directed by Divyang Thakkar, tackles female foeticide and how a regressive Gujarati village deals with the birth of an unwanted girl child.

I’ll be honest, I was fully expecting Ranveer Singh to overdo the Gujju accent, but I was delightfully surprised.

Ranveer completely justified the role of a young Gujarati villager, and that too without doing Garba! So it is possible after all!

The fact that they named him Jayesh and not something like Jignesh almost brought me to tears. Plus points for not making Ranveer say ‘baka’ in every second line.

Do I even need to mention that Ratna Pathak Shah absolutely nailed it? She’s Gujarati by birth so her accent came most naturally, but even apart from that, her costume and the way she looked were nothing short of perfect! The way she drapes her ghoonghat, her bindi, and the type of choker necklaces she wore are all very authentic, and other small details were delightful to watch. Ratna Pathak Shah in a still from 'Jayeshbhai Jordaar'

Gujarati words were peppered throughout the dialogues without seeming artificial, and Boman Irani was undoubtedly my favourite with his “Bhooko kari nakho” (Crush them) phrase.

Even other things such as the architecture of the village, and the way houses and terraces were designed were all very unique and it was clear that some research had been put into it. So overall, Jayeshbhai fares quite well in terms of how Gujaratis are shown, but sadly, it is the exception.

Be it Kanta Ben from Kal Ho Naa Ho or Sejal Zaveri (Anushka Sharma’s character from Jab Harry Met Sejal), Gujaratis are either portrayed through irritating accents against the backdrop of a Gujarati folk song or as characters that are the butt of all jokes. 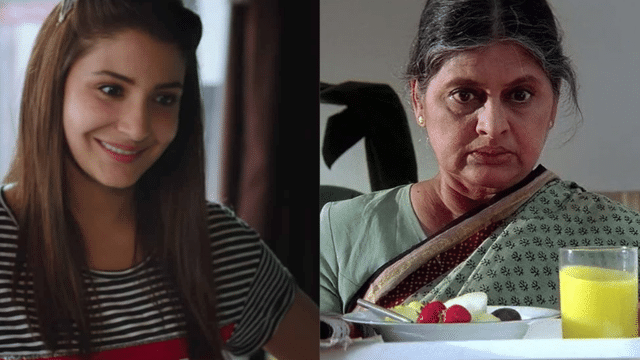 On the other hand, Alia Bhatt in Gangubai Kathiawadi also manages to play a Gujarati without making it cringeworthy. Her character has a lot of other aspects that contribute to the story apart from her being a Gujarati.

Films like Jayeshbhai Jordaar and Gangubai Kathiawadi make it pretty clear that you don’t have to limit a Gujarati to just that– their character can extend beyond their ethnicity and you don’t have to forcefully milk humour from their characters. I know it’s tempting to insert jokes where a Gujju calls snacks ‘snakes’ or business ‘bijnes,’ but isn’t that outdated now? And more than that, isn’t it just lazy?