Illegal property has been exposed  by pin income tax raids on Kalki Ashram locations in three states.  An undisclosed income of Rs 600 crore has been unearthed after the Income Tax Department raided establishments in Andhra Pradesh, Tamil Nadu and Karnataka, claiming Vijay Kumar Naidu, an avatar of Kalki God. 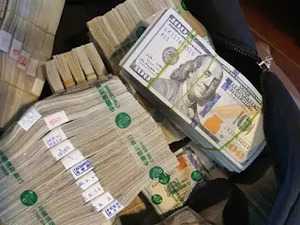 Meanwhile, the self-proclaimed Lord has issued a video clarifying that he has not left the country.  At the same time, the Income Tax Department has also issued summons on Naidu's family by tightening the screws. 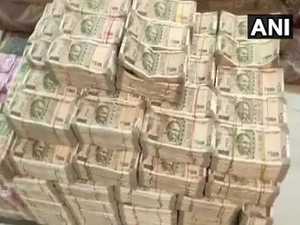 Raid 40 places including Chittoor Ashram
The Income Tax Department has seized undisclosed amounts of 65 crores (Indian currencies of 45 crores and currencies of other countries including US $ 20 crores) after a search operation at Kalki Ashram and 39 other locations in Chittoor, Andhra Pradesh.  The length of the Ashram's uncountable illicit wealth can be gauged from the fact that the income tax raid that began on October 16 lasted for five days and ended on Sunday.
Explore more on Newspoint
Loving Newspoint? Download the app now