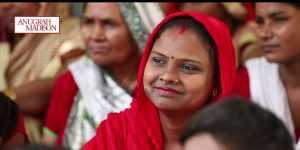 Mumbai:The rural unit of Madison World, Anugrah Madison made a mark on the Asia map, by bagging the Black Dragon at the Dragons of Asia 2019 awards, held in Kuala Lampur on October 7, 2019. The award was won under the category of Best Cause, Charity Marketing, or Public Sector Campaign of the Year for the campaign ‘TotaMaina Ki Shaadi’ for Population Services International. With the aim of raising awareness around family planning, the on-ground media campaign covered 5 key cities of India’s most populous state – Uttar Pradesh, namely Allahabad, Varanasi, Gorakhpur, Firozabad and Saharanpur.

To ensure a successful campaign, an actual shaadi was set up, complete with rituals of mehndi (hand stamping) and sangeet (local banna-banni songs). There were actors dressed in Tota (parrot) and Maina (sparrow) costume, enacting a pre-recorded audio skit titled ‘TotaMaina Ki Shaadi’. During the set up marriage ceremony, Maina asks Tota to take 5 vows for a happy married life, which corresponded with the key virtues of family planning. They garlanded each other after taking each vow while citing a key message – ‘AnchahaGarbhNahiManchahaGarbh’ meaning, one shouldn’t be forced to get pregnant, but should be willing to get pregnant.The emcee repeated the vows and encouraged the audience to recite it too. Women among the audience who were able to recite the line, clicked a picture with Tota and Maina, which was later given to them as a souvenir.

To ensure recall after the campaign, the TG was asked to give missed calls on a toll free number. All numbers generated from the campaign, were given IVR calls and SMSs reiterating the message of family planning. The local ASHA didis and Urban Public Health Centre workers identified the locations to conduct the activity. In a span of 20 days, the campaign reached a total of 1,30,856 households.

Says Mr. Sunny Vohra, Sr. Vice President, Anugrah Madison,“We’re thrilled that Anugrah Madison has made a mark on the Asia map by winning the Black Dragon at the 2019 Dragons of Asia awards. It’s a beautiful campaign with a powerful message that has worked for the brand.”