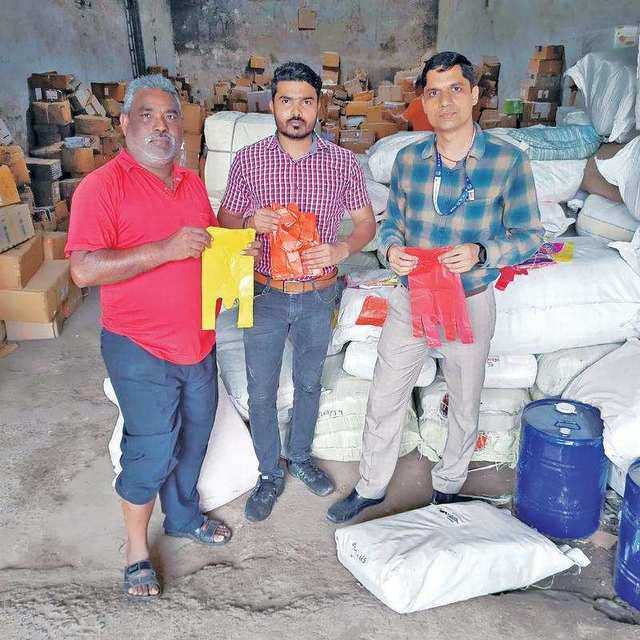 Following a tip-off, a surprise inspection was carried out at the godown of Arco Road Lines at Vishal Chowk, Wadi, during which banned carry bags, having a total weight of 2,070 kg were found. “Since this was a first offence by the violator, we imposed a fine of Rs5,000” said officials.

A nationwide ban was imposed on single-use plastic two months ago. Still, large quantities of banned items continue to be manufactured and used in the city.

According to MPCB officials, a total of 3,000 kg of banned plastic items have been seized from godowns situated in Wadi area in a week’s time. On September 16, 930kg of single-use plastic was seized from another godown.

With the area becoming a hotspot for storing banned items, the board has instructed chief officer of Wadi’s Municipal Council to inspect and check all godowns regularly and seized banned materials.