Quite like Bollywood, our television celeb couples aren’t left behind when it comes to giving couple goals to others. Dipika Kakar added ‘Ibrahim’ to her surname on February 22, 2018, when she got married to her co-star-turned-boyfriend, Shoaib Ibrahim. The couple dated for a while and participated in Nach Baliye 8, wherein he proposed to her and she gave her nod.

Dipika and Shoaib have kept their ‘date game’ quite strong after marriage and often post adorable pictures of one another, chilling together. The latest picture that they shared had the duo looking engrossed in one another on their tea date. She captioned it, “I love these “Tea-Dates” of ours....  @shoaib2087.”

On December, the 33-year-old actress posted an array of adorable pictures with her hubby, twining with him in mustard. While she looked chic in a plain mustard T-shirt and denim, Shoaib wore a black tee, mustard jacket and blue denim as they posed for pictures with their pet. The Kahaan Hum Kahaan Tum actress penned, “When I have you by my side my world is brighter coz u are my Sunshine! P.S: I Love You @shoaib2087 #happyme #blessed.”

Every picture that the couple post with one another is a treat to the eyes. A glimpse of the duo posing behind pink flowers, looking beautiful had made fans comment “Masha Allah”, “So beautiful” and loads of love emojis. The Sasural Simar Ka actor summed his feelings with the lines of this famous song, “Dekha ek khwab to ye silsile hue”. 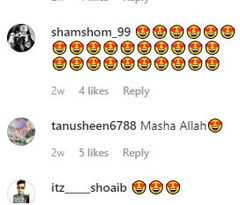 Dipika was one of the most talked-about contestants of Bigg Boss 12 and even went on to win the show. Already a popular face in the entertainment industry, participation in the show further added to the actress’s popularity. Shoaib, already a famous television star, made his Bollywood debut with 2019 release, Battalion 609.

Stay tuned to ZoomTV.com for latest updates on entertainment, lifestyle, fashion and much more!