Abraham got his side going in just the third minute with a fine-tuned half volley. However, Chelsea's lead lasted only for a few moments, as Todd Cantwell equalized for the Canaries. Mason Mount restored the Blues' advantage with a remarkable finish in the 17th minute, only for Teemu Pukki to peg Norwich back into the game again in the 30th minute.

The two sides were level at halftime, but in the second half, Chelsea took control. They had more possession and were creating chances continuously.

Mason Mount and Ross Barkley were finding spaces with ease, but Norwich's center backs stood tall and blocked as many shots as they could. The Blues broke through Norwich's defense for the third and final time through a tremendous goal from Abraham.

After a 4-0 annihilation at the hands of Manchester United and a hard-fought draw at home against Leicester City, Lampard will surely be relieved with the win. However, he knows that his team still needs to improve significantly. On the other hand, Norwich City manager Daniel Farke will be proud of his team's efforts in front of goal.

Here are three things we learned from the game. 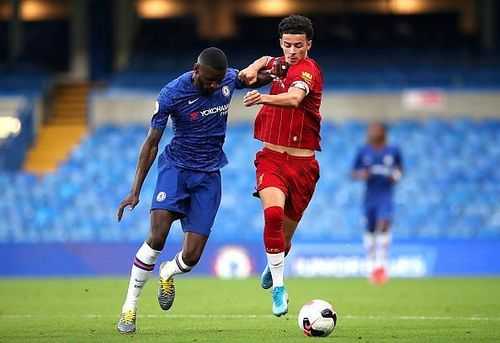 Lampard still hasn't managed to install stability at the back. Andreas Christensen and Kurt Zouma are unable to play as a pair, stay switched on for large periods in a game or track runs in behind them.

The Blues need Antonio Rudiger to return, as he is capable of holding the back line and barking orders to his fellow defenders. However, the German has been out of action since April after picking up an injury against Manchester United.

With him set to return next week against Sheffield United, we could see a more resolute and sturdy Chelsea back line.

It may take time for the defense to develop in the positional and tactical sense, but for sure, Rudiger will add experience, intelligence and speed across the back line. 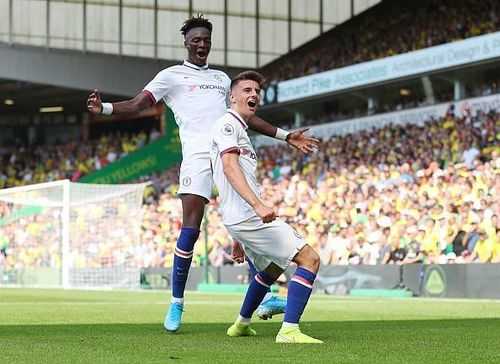 Two of their own

Chelsea's attack comprising of Abraham, Mount, and Christian Pulisic took the game by the scruff of the neck. The Blues registered 23 shots and continuously threatened Norwich's defense.

The full backs, Pulisic and Ross Barkley dragged defenders out, thereby creating more space for Mount, Abraham and the central midfielders to link up through the middle.

With four goals in their first three Premier League games, Chelsea's attack is steadily developing into a more clinical unit. Lampard will be pleased with Mount's performances over the last two games and expect the 20-year-old to build on his morale-boosting start.

Despite Pedro picking up an unexpected injury during the warm-up, the youngsters managed to step up and take Chelsea over the line. 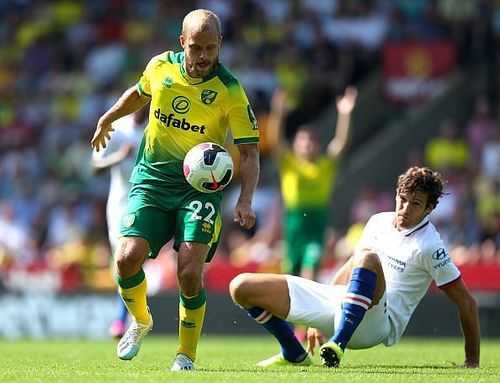 Teemu Pukki has had a remarkable start to the campaign and is only the second player in the competition's history to score five goals in his first three appearances. The Finnish striker scored 29 goals in the Championship last season and played a pivotal role in Norwich's promotion to the Premier League.

It is a well-known fact that promoted sides often find it difficult to handle the intensity of football in the top division.

Norwich City could be a part of the relegation battle given how they concede goals, and therefore, Pukki must replicate the form he displayed throughout last season.

Overall, the match-up between Norwich and Chelsea was intriguing from the very first minute, and both managers will be pleased with their team's performances.

Chelsea face Sheffield United at home next week as they look to build on their winning momentum.

Norwich City meanwhile, lock horns with second division side Crawley Town in the League Cup on Wednesday, before returning to the Premier League to face West Ham.