A 53-year-old former vice-chancellor of a private university was hacked to death late Tuesday night in a playground about 30 metres from his RT Nagar residence and 50 metres from the jurisdictional police station.

D Ayyappa Dore, 53, former V-C of Alliance University and RTI activist, was found in a pool of blood around 5.30 am on Wednesday when his wife Pavana Dibbur, also a former VC of the university, started searching for him. She alerted a passing police patrol vehicle that her husband was missing and his mobile phone was ringing.

In no time, police personnel found Dore’s body at the HMT Ground. The body bore half-a-dozen hack marks, and police suspected the killers may have been armed with machetes. Dore is survived by wife, two daughters and an eight-year-old son. 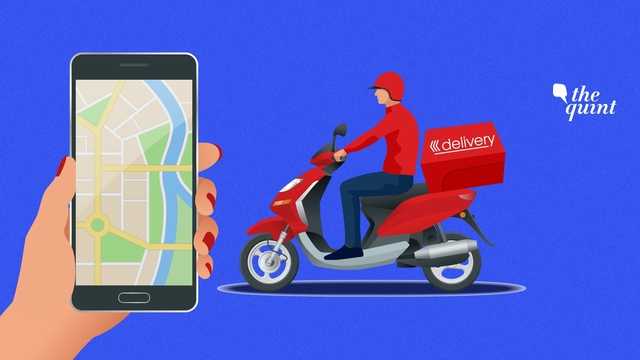 A delegation of food delivery workers in Bengaluru met Karnataka Labour Minister S Suresh Kumar on Tuesday. This is the first such representation to the state government by ‘gig’ economy workers.

The workers of the Food Delivery Partners Struggle Committee, along with members of the All India Democratic Youth Organisation (AIDYO), asked Kumar to intervene and ensure better working conditions.

In a memorandum which was submitted to the minister, the executives have asked the state government to ensure that minimum pay is set for them and benefits like accidental insurance, Employee State Insurance (ESI), provident fund and paid weekly offs are also given.

The editor and owner of a Kannada tabloid, who was arrested in connection with a sexual harassment case in August 2019, allegedly ended his life in Bengaluru Central Prison on Tuesday evening. The deceased, Anil Raj (56), a resident of Gandhi Nagar, ran Yelahanka Voice.

Prison staff found him unconscious in a shed close to barrack number 4 and took him to the prison hospital. Doctors recommended that he be taken to Victoria Hospital, where he was declared dead on arrival. Anil Raj met his family on Tuesday. “He had expressed frustration over not getting bail,” a senior police officer said. According to prison authorities, a magisterial probe has been ordered. “The police will take legal action based on the report,” said a senior official.

4. No Question of Taking Disqualified MLAs Back: Siddaramaiah Karnataka CM Siddaramaiah during Special Assembly session on the Cauvery issue at Vidhan Soudha in Bengaluru on Monday.

Congress Legislature Party leader Siddaramaiah ruled out absorbing any of the 13 disqualified MLAs into the party fold on Thursday, insisting doors will remain shut for them. The former chief minister was speaking to reporters after meeting AICC president Sonia Gandhi in New Delhi.

Siddaramaiah’s clarification came following rumours that some disqualified MLAs including N Munirathna and ST Somashekhar were keen on returning and had sent out feelers to Congress leaders.

“The Congress has already taken a decision in this regard and we will stand by it,” Siddaramaiah said. “They will not be taken back.”

The Congress had expelled all 13 disqualified MLAs after efforts to get them to withdraw their resignations — which resulted in the collapse of Congress-JD(S) coalition government — failed.

The death of an employee of Pandavapura Sahakari Sakkare Karkhane (PSSK), the defunct cooperative sector sugar mill at Pandavapura in the district, sparked a protest on the Srirangapatna-Bidar National Highway at Pandavapura on Wednesday. Vehicular movement was disrupted for nearly 20 minutes.

B L Vasanthkumar of Koratagere, who had been working as an electrical engineer at the PSSK since 15 years, was killed in a hit-and-run accident near the mill on Tuesday. His colleagues, relatives and family members kept his body on the highway in front of the mill and demanded the release of pending salaries of the PSSK employees. The mill had not released the salary since the past 28 months. Hence, the family of the deceased had failed to arrange money for his treatment. He died in a hospital in Mysuru, the agitators said. Slogans were raised against the managing director of the mill, Krishnamurthy.