The Constitution Bench led by Chief Justice of India Ranjan Gogoi on Wednesday, 16 October, reserved its judgment, after a marathon 40-day hearing, on the cross-appeals filed by the Hindu and Muslim sides challenging the three-way partition of the disputed 2.77 acres of Ramjanmabhoomi-Babri Masjid land among Ram Lalla, Nirmohi Akhara and the Sunni Waqf Board in September 2010.

The high-octane hearings between the rival sides in the legal dispute was not without drama on the final day.

It had numerous lawyers vying for time to argue their points and saw senior advocate Rajeev Dhavan tear pages on his desk while the Chief Justice and the judges, who have constantly attempted to maintain peace among lawyers, even threatened to walk out if order and decorum was not restored.

The Enforcement Directorate (ED) on Wednesday arrested former Union minister P Chidambaram for suspected money laundering in the INX Media case after questioning him in Tihar jail, where he is already in judicial custody on corruption charges brought by the Central Bureau of Investigation (CBI) in the same case.

The ED’s investigating officer told Chidambaram that he was being arrested under the Prevention of Money Laundering Act (PMLA), 2002, because ₹3 crore had been paid to his son Karti Chidambaram’s companies by INX Media co-founder, Peter Mukerjea, at the senior Congress politician’s best, said an ED official.

The Supreme Court on Wednesday, 16 October, asked Solicitor General Tushar Mehta to produce the orders passed by authorities on restrictions in Jammu & Kashmir as well as Section 144 proceedings.

The direction from a three-judge Bench led by Justice N V Ramana came in response to Mehta’s claim of privilege over these documents.

“My Lords, we maintain our stand. Those orders cannot be made public. However, we will give it for the perusal and consideration of My Lords,” Mehta addressed the Bench, also comprising Justices R Subhash Reddy and B R Gavai. 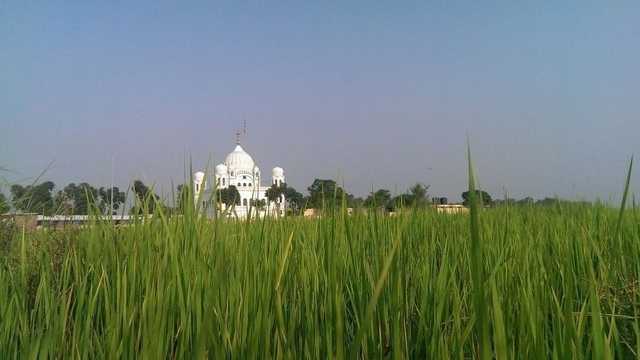 India and Pakistan are expected to sign an agreement for operationalising the Kartarpur Corridor despite serious misgivings in New Delhi over conditions set by Islamabad, including a service fee for Indian pilgrims, people familiar with developments said on Wednesday.

There is unlikely to be any joint event by the two countries when the corridor is thrown open to Indian pilgrims as part of celebrations marking the 550th birth anniversary of Guru Nanak, the founder of the Sikh religion, and no senior Indian leader or official is expected to travel to Pakistan, the people said.

India is set to go ahead with the agreement largely because of the sentiments of the Sikh community, which has for long demanded the opening of a corridor to allow pilgrims to visit the gurdwara at the site where Guru Nanak spent the last years of his life, they added.

Also Read: PM Modi to Inaugurate Kartarpur Corridor on Indian Side on 8 Nov

There was no official word on the date for the session’s commencement. But officials aware of developments said that it is likely to begin in the third week of November and conclude before Christmas.

An official involved in the process said that the CCPA would brief Prime Minister Narendra Modi about the outcome of Wednesday’s meeting before the dates for the session are made public.

The winter session would commence in the backdrop of the opposition’s criticism of the government’s handling of the economy as India stares at an economic slowdown.

In a second attack on apple traders in the last three days, a Punjab-based trader was killed while another one was severely injured after militants attacked them in Jammu and Kashmir’s Shopian district on Wednesday.

While Charanjit Singh has reportedly been killed, Sanjeev was taken to a hospital in a critical condition. Both the traders belonged to Fazilka district of Punjab.

On Monday, a truck driver transporting apples in Shopian was killed, while the orchard owner was beaten up. The truck bore a Rajasthan registration number and was set ablaze while on its way to Jammu, news agency PTI had reported quoting police officials.

Taking to Twitter, Gandhi said, “India’s Global Hunger Index ranking, falling steadily since 2014, has now crashed to 102/117. This ranking reveals a colossal failure in Govt policy and blows the lid off the PM’s hollow “sabka vikas” claim, parroted by Modia.”

Senior Congress leader Kapil Sibal also attacked the government, saying the prime minister should concentrate less on politics and more on the children in the country.

Also Read: ‘Modi Is the Loudspeaker of Rich’ Is Rahul Gandhi’s New Narrative

8. Haryana Assembly Election: Will Throw out Every Intruder before 2024, Says Amit Shah

Union Home Minister and Bharatiya Janata Party (BJP) president Amit Shah on Wednesday said that the Narendra Modi government would single out every intruder in the country and throw them out before 2024. He was addressing an election rally in Faridabad district of Haryana.

Attacking the Congress for opposing the National Register of Citizens (NRC), Shah, in his 15-minute speech, said the Congress had become uncomfortable when he recently spoke about “bringing the NRC and throwing out the intruders.”

“The Congress says that the intruders should not be thrown out. The party is worried — where will they go, what will they eat and where will they live? Hoodaji [former Haryana Chief Minister Bhupinder Singh Hooda], why are you so worried about them,” Shah asked at a rally at Tigaon.

Lucy Kalapura, a Catholic nun from Kerala fighting for individual freedom and gender justice within the confines of convent, has once again lost her battle. The Vatican has rejected Kalapura’s appeal against the dismissal order served by her congregation — Kochi-based Franciscan Clarist Congregation (FCC).

Kalapura (53) on Wednesday received a communication from the Apostolic Nuncio in Delhi, the Vatican’s representative in India, saying that the Congregation for the Oriental Churches, Rome, has rejected her appeal, which she had moved in August against her dismissal in May. The communication said the nun can now move an appeal in the Supreme Tribunal of the Segnatura Apostolica, the highest judicial authority in the Catholic Church.