After ravishing Southern and Western parts of India, incessant rain is now disturbing life in the northern parts of the country. The states of Uttar Pradesh and Bihar are among the worst sufferers as water logging has emerged as a major problem in many regions.

In a case on similar lines, nearly 850 prisoners from Uttar Pradesh's Ballia District Jail have been shifted to jails in the neighbouring districts following heavy water-logging inside the barracks due to incessant rains since Wednesday.

"Water-logging from five inches to one foot has been reported from all the barracks of the district jail. In view of the ground realities of the jail, the matter was reported to state government and prison department. We have received approval of the authorities concerned to shift 450 prisoners to Azamgarh jail. Approval for shifting more prisoners to Mau and Ambedkar Nagar jails is awaited," Ballia District Magistrate Bhavani Singh Khangaraut was quoted as saying by news agency IANS. 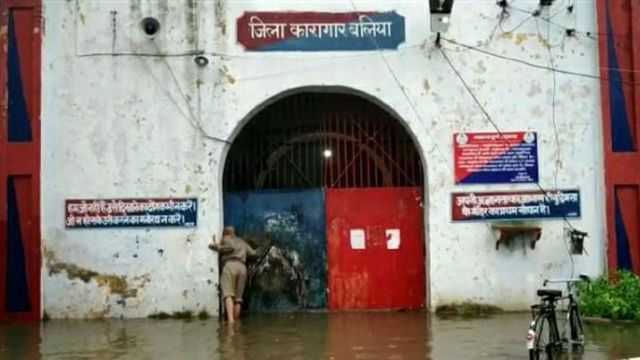 Also Read: Rickshaw Puller Is Just One Of The Many Images Of People's Struggle Amid Flood Fury In Bihar

The Ballia District Jail has a capacity of 350 inmates, but is overcrowded with 850 prisoners at present.

The jail building is in a dilapidated condition, and officials said water-logging inside it is not new. The jail is located in a low lying area, while the height of roads in the area has increased by several feet in recent years.

Trains moving on up and down lines were stopped at different railway stations. Thousands of passengers were stranded with no information regarding their onward journey.

Uttar Pradesh has also seen at least 87 deaths over the last five days due to heavy rain.