Some districts of Haryana brace for locust swarm attack

New Delhi: Some districts of Haryana including Sirsa, Hisar, Bhiwani, Charkhi Dadri and Rewari are bracing for an invasion by locust swarms. A huge swarm of locusts reached Jaipur in Rajasthan and now the threat looms over Haryana.

“We have put several districts on alert. We have also instructed all the farmers that if they encounter any swarms then they should inform the government so that we can kill them,” Haryana Agriculture Minister Jayaprakash Dalal said. 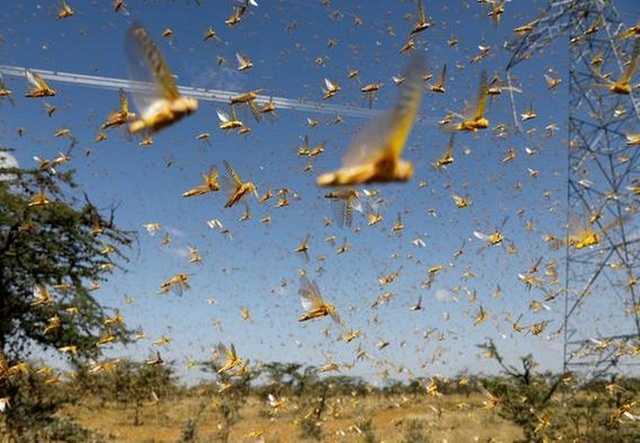 “We have procured an ample amount of chemicals to kill the locusts. All the District Collectors have been informed about the threat. Pakistan did not inform us on time so that we could take action. This time the threat is very serious,” he added. (ANI)

The post Some districts of Haryana brace for locust swarm attack appeared first on NewsroomPost.