Preserving the environment is not the sole responsibility of authorities, but people in general too.

Doing her bit to protecting and contributing towards nature, 49-year-old Chikapalli Anasuyamma, a resident of Pastapur village in Telangana’s Sangareddy district, has planted more than 2 million saplings on barren, unused or neglected lands and has been instrumental in setting up two dozen forests across 22 villages in the district.

Anasuyamma is a member of Deccan Development Society (DDS), She formed all-women groups in Pastapur and turned wastelands arounds villages into forests.

The United Nations appreciated her effort in protecting nature and was awarded the UNESCO award in New York in September this year.

Anasuyamma was in her mid-20s when she was deserted by her husband and earning a living was not option because she was never sent to school. She eventually took up menial jobs to look after her son.

Soon, she was put in touch with DDS through a neighbour and eventually realised that she wants to work towards the environment. During daytime, she worked and attended DDS sessions in the evening.

She has covered 1200 acres of land and believes that the success rate of survival of plants is 80 per cent. 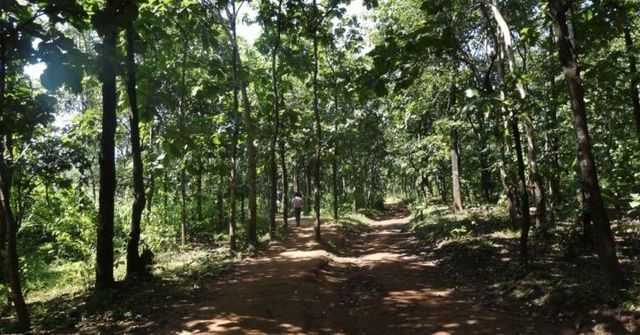 The feels the success of plantation mission is the presence of birds and animals.

Anasuyamma is now a senior supervisor at DDS where she trains women across villages to develop nurseries.

She hopes to fulfil her mission of afforestation till her last breath. After all, if nature provides food to humans and animals, the least one can do to take care of it and give back as much as possible.