The 40 man shortlist for the Golden Boy Award has been halved to 20. Now, some of Europe's finest journalists will decide who among these talented youngsters deserves to be crowned on December 16, 2019.

On the list are some very impressive names, including Matthijs De Ligt, who won the title last year, several months before his mega-money move to Juventus. However, he has some stiff competition this year in the form of footballing prodigies like Joao Felix, Ansu Fati, and Phil Foden who also feature on this list of nominees.

The award is given to the best under 21 player in Europe's top tier leagues. Over the years, it has been given to players who have gone on to achieve great things for club and country. The award was founded by Italian newspaper Tuttosport in 2003 with the first recipient being Rafael van der Vaart.

Here is this year's 20 man shortlist:

In this article, we discuss the five favourites to bag this award. 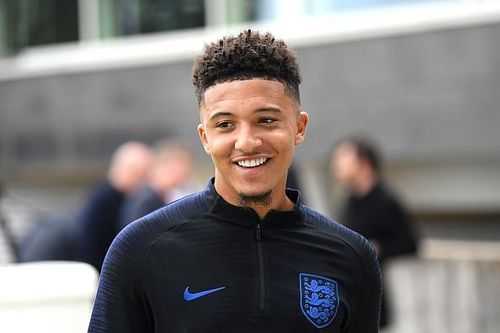 Jadon Sancho has been in inspired form for club and country.

Jadon Sancho was a former Manchester City youth prospect who took the bold step of going abroad in search of game time. That move landed him at Borussia Dortmund and since then, he has taken the Bundesliga by storm thanks to a string of memorable performances.

In his first season in Germany, he had a modest 12 appearances for Dortmund but went on to establish himself as a first-team regular in the second season. In three seasons with Dortmund he has made 66 appearances, scored 18 goals and chalked up 30 assists. In 2019 he was named the Bundesliga Young Player of the Year.

Sancho's impressive performances for Dortmund earned him a call-up to the England senior side in 2018 and he has featured ten times under Gareth Southgate so far, bagging two goals and two assists. 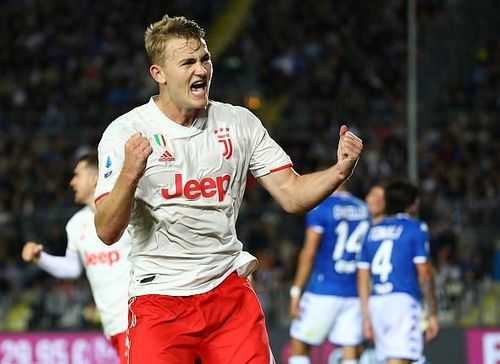 This is a man who needs little introduction. Last year, he bagged the Golden Boy award thanks to a string of impressive performances at the heart of the Ajax defence.

The former Ajax skipper continued to dazzle well after bagging the award, leading the club on a fairy tale run last season in the UEFA Champions League. The sight of him barking instructions to senior players as well as inspiring them with a string of impressive individual performances will not be forgotten soon.

The remarkable run saw the youthful side beat the likes of Real Madrid and Juventus en route the semifinals. De Ligt headed in the winner against Juventus in the second leg of their quarter-final clash last season, sending Ajax through to the last four of the tournament for the first time since 1996-97.

His impressive performances for Ajax last term reportedly prompted a bidding war between European heavyweights like PSG, Juventus, Liverpool, and Manchester United. Eventually, he agreed on a move to the Old Lady after months of speculation. 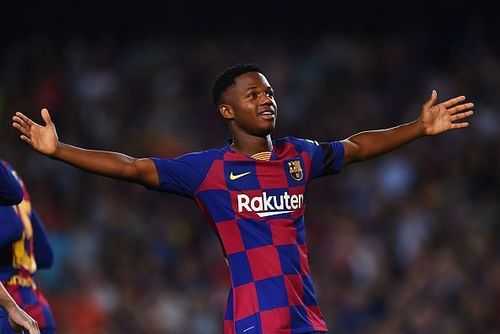 Ansu Fati is the latest gem to have come out of the mine that is Barcelona's famous La Masia academy. At just 16 years of age, the Guinea Bissau born winger has been receiving plaudits from some of the best minds in football, including Barca legend, Victor Valdes who said:

"He's pure anarachy when he plays, and you needs to give these kinds of talents liberty, not hide them out wide: they need to do what's natural to them. He's the jewel of La Masia."

Fati had a wonderful outing in the UEFA Youth League last term, as he played nine times, picked up three assists, and scored four goals.

This season he was fast-tracked to the Barcelona first team with injuries to heavy hitters like Lionel Messi, Luis Suarez, and Ousmane Dembele. On August 25, 2019, he made his debut for Barcelona as a substitute, becoming La Blaugrana's youngest debutant in 78 years.

Fati was like a fish in water, adapting impressively to his new surroundings. He went on to score his first goal for the club six days later. He has made six appearances for the Blaugrana this season in both the UCL and La Liga, scoring two goals and bagging an assist.

Barcelona is reportedly set to insert an astronomical release clause into his contract, warding off interest from some of Europe's top clubs. The 16-year-old is seen as a long term successor to the likes of Luis Suarez and Lionel Messi. 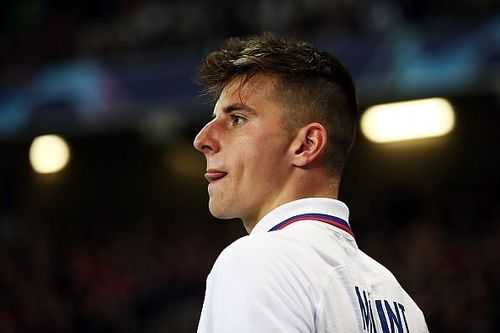 Mason Mount has set the Premier League alight this season with a series of jaw-dropping performances. Mount has been one of the beneficiaries of Chelsea's transfer ban as the London club has been forced to rely on their collection of youth talent.

The former Chelsea academy captain was a member of the club's infamous 'loan army', with spells in Holland - playing for Vitesse Arnhem and with Frank Lampard's Derby County in the Championship last season.

He had a fantastic time in Holland and was named Vitesse Arnhem's player of the year after a string of stellar showings. His impressive time at Derby County earned him a call up to Frank Lampard's first team at Chelsea and he has gone on to make his debut for the English senior team as well. Mount has played eight times in the Premier League so far this season and has four goals and an assist to his name. 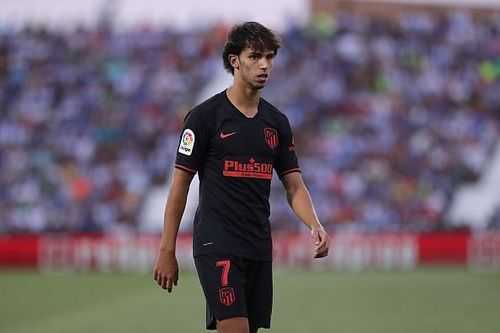 Finally, the man touted by many to be the next Golden Ball winner. Joao Felix is tipped as the natural successor to Cristiano Ronaldo and he also comes with a hefty price tag.

Once deemed 'too small' at Porto, the prodigy packed his bags for Lisbon and joined Benfica. He hasn't looked back since, repaying the faith bestowed upon him via a string of scintillating performances. This prompted Benfica to pin a hefty €120 million release clause on him.

The 19-year-old scored 15 goals in 26 games for Benfica in his debut season and he also became the first teenager to score a hat-trick in the UEFA Europa League, prompting advances from some of the biggest clubs across the continent.

Atletico Madrid beat others to his signature by paying €126 million, making him the second most expensive teenager in history after a certain Kylian Mbappe. He has been saddled with the responsibility of filling Antoine Griezmann's big shoes at the Spanish capital and so far the 19-year-old has been impressive.