It's no secret that commuting can be pretty miserable at times. People are tired and stressed and if you live or work in a city, the chances are your journey will be busy.

Luckily for commuters in London, one woman is going out of her way to make the journey in and out of work just a little less miserable, by singing and chatting to passengers on the tube.

Sarah Chipperfield, 42, became a London Underground driver four years ago but when she returned to work on the Northern Line after the birth of her third child just as the pandemic hit, she decided customers needed something a little different when travelling on her trains.

"I think that bringing smiles to the faces of our customers and train operators sharing their personalities is part and parcel of what operating trains on the London Underground is all about," the mum-of-three said.

"I’m on the frontline of a world-class service – it brings immense pride to be able to do what I do and to wear the roundel, and that reflects in my efforts to give back to the city of London by spreading some joy to our customers."

Sarah took the job on the Northern Line as she was looking for a change of career that would fit around her children.

She said: "Transport for London were advertising externally for night tube roles so I crossed my fingers and applied. I work two days a week (Saturday and Sunday) and during the week I’m at home with my three children.

"I live in Romsey in Hampshire. It’s a bit of a commute into London but my in-laws live there so I can stay with them when I’m working."

Two years ago, after returning to work following maternity leave as the pandemic hit, Sarah decided to approach the announcements differently.

She said: "Upon returning to driving it was so quiet and there was so much anxiety around going out that I decided to get a bit more 'chatty' to reassure people that I was there and to help me concentrate."

For more of the news you care about, straight to your inbox, sign up for one of our daily newsletters here. 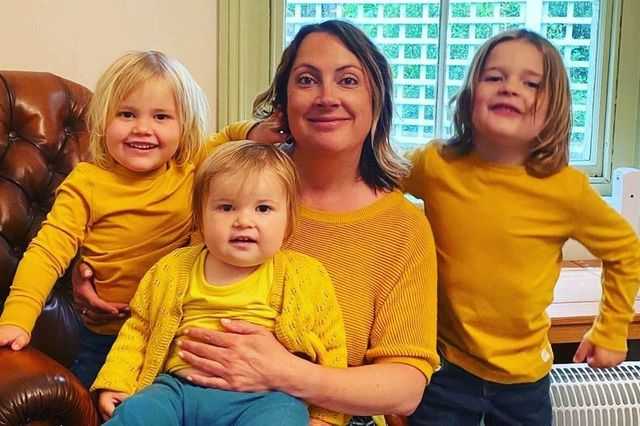 Recently, one of Sarah's announcements went viral after a passenger recorded a clip of her jokes and suggested she deserved a payrise.

In the video, she can be heard singing "we will now call at many Clapham stations, Balham, two lots of Tooting, Colliers Wood, South Wimbledon, and then Morden and home for tea," to the tune of The 12 Days of Christmas.

The video, which was captioned, "10/10 entertainment on the northern line today. Someone give this tube driver a pay rise," shows passengers laughing at Sarah's jokes.

Other favourites Sarah posted on her own Instagram include, "If you’re hanging and you know it clap your hands" and "The Northern Line has severe delays" to the tune of Tis the Season to be Jolly.

Though she never films them herself while driving, she likes to record them afterwards for fans on social media.

Sarah said: "I was upstairs putting my children to bed and my phone was charging downstairs. I came down and picked up my phone to quite a few messages from friends and colleagues saying 'is this you?' It was with some trepidation that I watched the video.

"Unfortunately, some people have commented that they find it annoying and unprofessional but the overwhelming majority of comments have been positive. Most people have been absolutely lovely.

"It’s also really heartwarming when people come up to your cab door to wave or say thanks or approach you on the platform when you’re at a terminus. It’s so good to see people smiling when they leave the train."

Do you have a story to share? We want to hear all about it. Email us at yourmirror@mirror.co.uk