Govardhan is also known as 'Annakoot' which literally means 'Mountain of food'. It is a custom to prepare fifty six or one hundred and eight varieties of dishes to offer to Lord Krishna. This offering is referred to as 'Bhog'.

Especially in Mathura and Nathdwara, the deities in the temples are given a milk bath and are decorated with new shining clothes, dazzling gems such as diamonds, rubies and pearls. After which they are worshipped and offered the “bhog" which is arranged and presented in form of a mountain in front of the idols as per the customs. 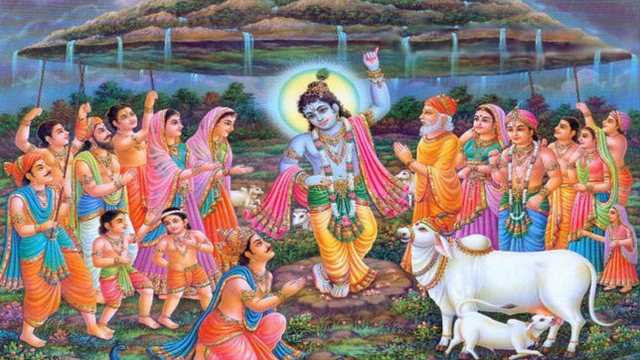 This day has a major significance in Hinduism. As per the customs and traditions, wives put 'Tilak' on the forehead of their husbands, garland them and pray for his long life. Also the husbands give a token of love (a gift) to their wives for their care, love and affection. There is a custom to invite newly married daughters with their husbands to feast and are presented with gifts and sweets. 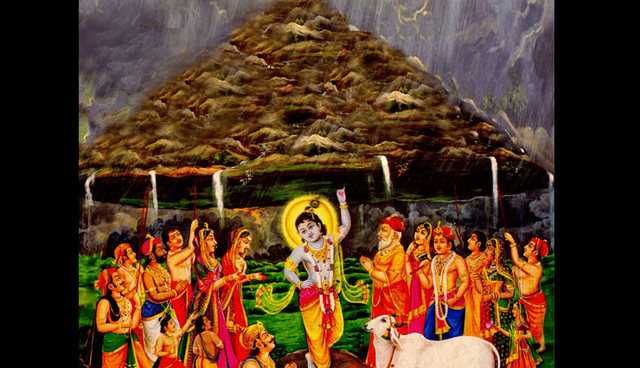 The day following 'Amavasya', which is the fourth day of the Diwali celebrations also marks the day when King Bali came out of the 'Patal lok' which is the nether land. Also this is the day when he would start ruling the 'Bhoo lok', which was given to him as a boon by Lord Vishnu. Hence this day is famously known as 'Bali Padyami'.