The Great British Bake Off finalists have been confirmed - but it was bad news for one hopeful.

Rosie Brandreth-Poynter was the unlucky baker who fell at the final hurdle and was sent home during a hotly contested semi-final.

The four semi-finalists had to tackle high end patisserie - and it was Rosie who won the technical challenge.

Alice was named Star Baker for the second time, and Sandi had the very difficult job of sending home Rosie, 28.

At the end of the episode, Rosie confessed: "I am gutted, but I just have to be happy with everything that I have done so far." 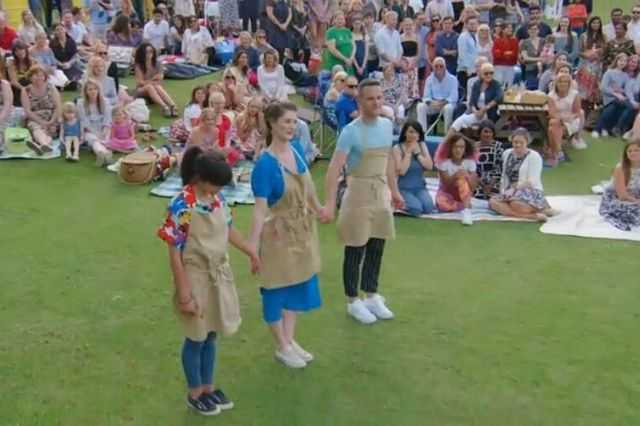 This means that Alice, David and Steph will compete in next Tuesday's final.

On the final three, Paul said: "We have got three very talented bakers in there, if they all bring their A-game to next week’s final it will be one of the best finals we have ever had."

Speaking after her exit, Rosie admitted she was thrilled to get as far in the competition as she did.

She said: "Well I never ever imagined I would get this far. Regardless of anything I was so amazed to get to the Semi Final, of course everyone wants to get to the Final, but I was so happy to get to where I did.

"I have to say I found it slightly crazy that I got here and overall I have absolutely loved every minute of it." 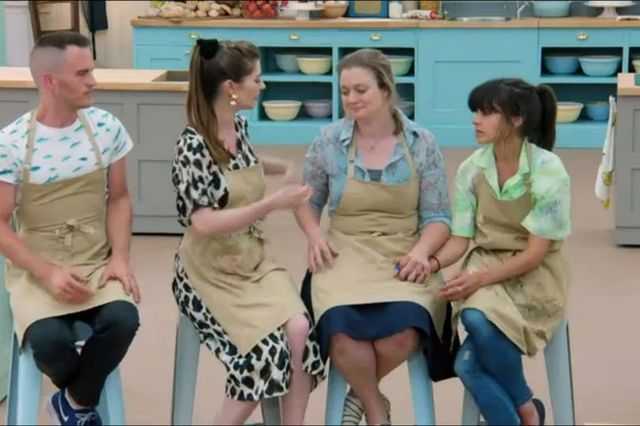 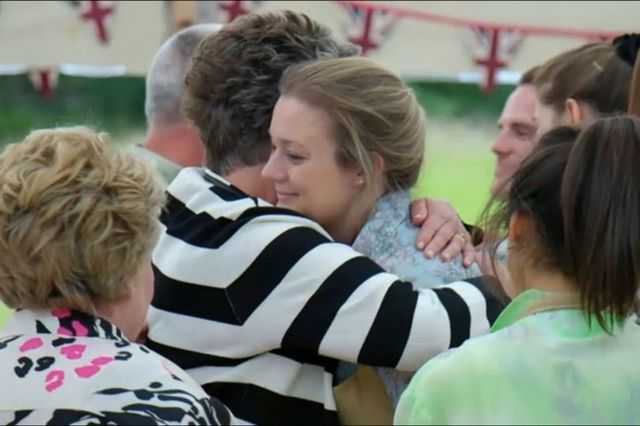 Analysis her semi-final performance, Rosie said: "For my signature of Lemon raspberry tarts with a hint of mint - Prue said she absolutely loved the colour, and the size and decoration of them was perfect. Paul said the crème pat was a bit too soft, but I knew it hadn’t set properly.

"The Technicals are always so tricky, but this one was particularly difficult, a rectangular two layer croquembouche. But what would you expect in a Semi Final? Prue liked my crisp pastry and even though the choux buns were upside down, she said it was delicious and amazingly I came first in the Technical! It was my most stressful bake ever and yet I won it. I tried to keep talking to myself and to keep calm at all times.

"I did get behind in my Showstopper which was ironic as it was called Time with My Family, although Paul thought the tart in the middle was delicious." Rosie admitted being in the famous tent made her more clumsy - and she was pleased to make a friend in Noel.

She said: ""In Episode 5 I dropped the Custard Tarts - it was awful at the time in the tent but when it was shown on television it did become a very funny talking point, and social media went a bit crazy about it. And then I nearly dropped the Gateau St Honore in Episode 9! I can be clumsy but not that bad, I think it was being in the tent!

‘I had some chats with Noel about various veterinary practices - I didn’t think they were funny at the time, it’s what I do for a living. They did seem to cover every animal and practice. When I said one of my bakes was eggy rubber – he said that would be a great name for a band. I always thought I would get on well with Sandi, but I thought that I wouldn’t have anything in common with Noel, but we really hit it off, and I think he enjoyed our bizarre conservations."

She also thanked her veterinary practice staff for supporting her throughout the series.

The vet said: "My practice staff have been great and they have all enjoyed the show and encouraged me each week. All the clients of course know that I am on the show so each appointment has to include a catch up about Bake Off!

"I love spending time with my husband and family, but I hardly saw him during Bake Off unless he was cleaning up the kitchen. He has been an incredible support - he would go to a 24 hour supermarket shop at 2am to get eggs that I had run out of. I had to practice at night because I was working all day." Rosie admitted she had a great time on the show as she described her best and worst moments.

She said: "My best moment in the series was the Semi Final. It was a sunny day, there were only 4 of us in the tent and we went off into the woods at the end of the day for vox pop filming and that was fun. My worst moment was dropping my tart on the floor in Episode 5. I knew that I wasn’t allowed to swear and there was absolutely no way that I could fix it, it was beyond repair, so I just kept calm and carried on. Henry came and picked it up for me and Sandi cleaned the carpet. How lovely is that?

"If I had any regrets it would be that I should have done some things in a simpler way, but I wanted to push myself and stretch my skills. Maybe that was a bad game plan!

"The judges were great, I got on so well with both Prue and Paul, and I really absorbed all of Prue’s comments and they helped me a lot. I am still baking of course - it is my go to thing to relax of an evening. And all my friends and family get excited, especially now, if I make them a cake. 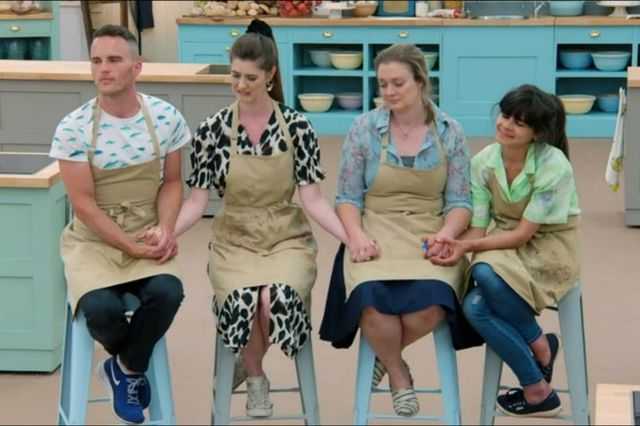 "One of the funnier moments was Noel’s reaction to some of my answers because at the time I was busy concentrating on my baking and didn’t see his face, so that made me laugh when I watched it during transmission as I had missed a lot in the tent as I was focussed on what I was doing!

"I have a nut allergy so I was so amazed that the production team took that on board, had me in the tent and had to adapt certain practices for filming, everyone worked around it so well, the back room production team were incredible and flexible."

On her future, she added: "I have no idea what will happen for me next, in the meantime I am a fulltime vet and I love my job, caring for animals, which is very rewarding. And I will continue baking and hopefully make more time for it in the future, who knows what will happen?"