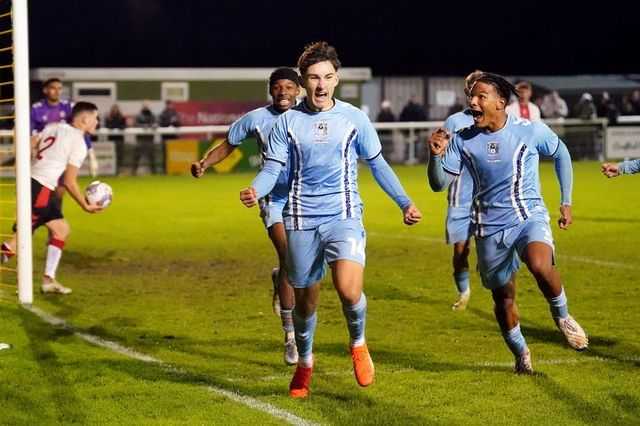 The Sky Blues had played their home games at the Coventry Building Society Arena - previously known as the Ricoh Arena - since 2005. This wasn't continuous, with the team forced to play at temporary homes amid a rent dispute, while the venue was also one of those used during the 2022 Commonwealth Games.

Frasers Group took over ownership of the stadium in November, with previous owners Wasps Holdings going into administration one month earlier. Coventry's next scheduled home game in the Championship is due to take place on December 17.

As reported by The BBC, club officials have been instructed to return keys and access cards. The same report suggests those associated with Coventry City will be "given a reasonable amount of time" to remove other property from the arena.

Coventry's youth team were due to play an FA Youth Cup game at the ground on Saturday. This was moved to Leamington at late notice, though, with a Coventry City statement putting the move down to "unforeseen circumstances".

The senior squad are currently away in Spain as they prepare for a return to league action. Mark Robins' team will be in action away to Reading on December 10, followed by a scheduled home meeting with Swansea the following weekend.

Frasers Group were able to purchase the stadium for £17m after its three holding companies went into administration. The latest development comes amid a takeover from businessman Doug King, who had also made an effort to buy the ground.

Are you affected by the Coventry City news? Share your thoughts in the comments section

"We came in very late, we only got the deal done last night (Wednesday) and obviously the judge made the call that there was too much uncertainty at this point for him to entertain we were serious,” King told BBC CWR in November (via ccfc.co.uk ). "We were deadly serious, we had the interim funding, we would have certainly paid more than was on the table.

“So, all in all, it's a tough result, but it is what it is. I want to support the club and get it where it deserves to be. What I would obviously welcome is a discussion with the new owner (of the Arena), to get together and maybe get involved that way and obviously for him to honour our ability to play there through the length of lease we signed a couple of years ago. They're the critical things."

Ashley, meanwhile, has made the move after pulling out of a bid to purchase Derby County earlier in 2022. The businessman was reported to be looking at other clubs after the proposed £25m takeover failed to materialise.

The 58-year-old, who made millions through his Sports Direct business, was named on the Sunday Times Rich list in 2021. He served as owner of Newcastle United for more than a decade, completing a takeover in 2007 and remaining in charge until the club was sold to its current Saudi owners in 2021.